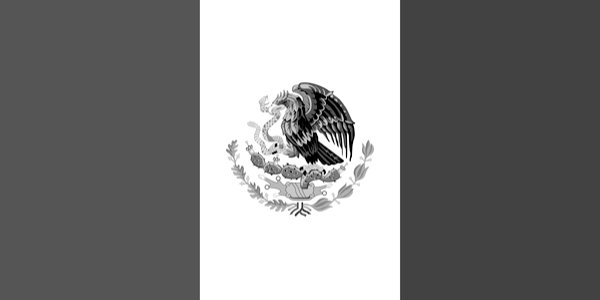 A day later the veteran Left-wing firebrand cruised into the Presidency with a resounding mandate for his socialist nationalism and promise to tackle violence and corruption. During the election campaign alone, 132 politicians were killed. END_OF_DOCUMENT_TOKEN_TO_BE_REPLACED

A continuation of a previous post regarding Communist-Marxist 2LT Rapone:

VERO BEACH, FL (TruNews) The Army officer who outed himself as a radical Marxist had been reported back in 2015 for publishing inappropriate and outright anti-American views online, according to a scathing report obtained by The Daily Caller. 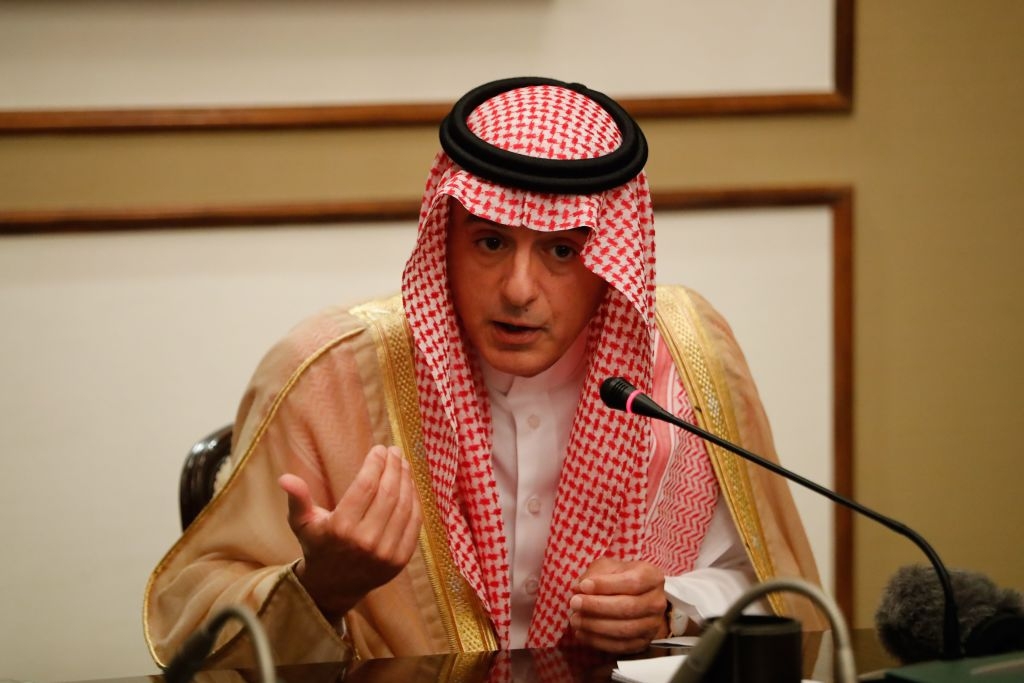 “The Zionist regime — as we have already said — will cease to exist in the next 25 years if there is a collective and united struggle by the Palestinians and the Muslims against the Zionists.” END_OF_DOCUMENT_TOKEN_TO_BE_REPLACED

Rodrigo Duterte was reputed as a killer long before his election as president of the Philippines five months ago. He countenanced the slaughter of hundreds of drug addicts and dealers while mayor of Davao, the major port city on the rebel-infested southern island of Mindanao, and has applauded the arbitrary killing of upwards of 2,000 more druggies as president.

Duterte’s brutality, though, doesn’t mean he’s interested in battling China on behalf of his country in the South China Sea. In fact, he’s confounded strategists in Washington by appearing to disavow the historic Philippine-American alliance, aligning with the Chinese while tossing out agreements with the U.S. He’s saying, in effect, “Yankee Go Home.” END_OF_DOCUMENT_TOKEN_TO_BE_REPLACED

In 2009, hundreds of thousands of Iranians protested against their nation’s government over a rigged presidential election. It was a golden opportunity for the newly elected President Barack Obama to denounce the anti-American leadership in Iran and promote a regime change. However, President Obama didn’t just ignore the crisis in Iran, he trusted the government of Iran to handle it and told members of his administration to stop backing leaders of the protests. Why didn’t the president intervene in Iran, like he did years later in Tunisia, Egypt and Libya? Find out on today’s Trumpet Daily Radio Show. END_OF_DOCUMENT_TOKEN_TO_BE_REPLACED

END_OF_DOCUMENT_TOKEN_TO_BE_REPLACED

The 1992 presidential election turned on one key phrase: “It’s the economy, stupid.” The Cold War had been won. America was the sole superpower of the world. We had just won the Gulf War. And, Americans were tired. We wanted to enjoy our prosperity. It was at that moment that we officially began to separate and silo the critical issues of the day. President Reagan, twelve years before, had integrated three critical issues and focused the whole of his administration on them. These were known collectively as Reagan’s “three-legged stool.” Judeo-Christian Values. Free Market Economics. Strong National Defense. But when Clinton arrived, we were told that the economy mattered most. What a President does in his private life is irrelevant so long as the economy is booming, or so we were told. Who cares if something called al Qaeda attacks targets overseas? Why should that matter as long as we have the most powerful weapons? END_OF_DOCUMENT_TOKEN_TO_BE_REPLACED

As Winston Churchill noted in his indictment of appeasement of Nazi Germany in the 1930s, “there is a great danger in refusing to believe things you do not like.”

Obama is dangerous as a President because his ideologies, Marxism and sympathy for Islam, drive him to pursue policies that run counter to the national interest, the well-being of the American people and, quite frankly, the survival of the country. His mendacity is compounded by his arrogance and narcissism that prevent him from accepting responsibility and learning from his mistakes. He is not on our side.

People ask – How can this be happening to our country? What can we do to stop it? END_OF_DOCUMENT_TOKEN_TO_BE_REPLACED

His defeat in last week’s Canadian general election will be felt far beyond that sparse, chilly country. When other Western leaders fretted about Israel’s 2006 Lebanon war, he gave his full backing to the Jewish state. When others dithered over Putin’s invasion of Ukraine, he led international condemnation. Obliged to meet Vladimir Putin at a summit meeting, he was admirably curt: “I guess I’ll shake your hand, but I have only one thing to say to you: Get out of Ukraine.” END_OF_DOCUMENT_TOKEN_TO_BE_REPLACED

A senior Iranian cleric delivered Friday prayers in Tehran while standing behind a podium that declared, “We Will Trample Upon America,” according to photos released by Iran’s state-controlled media.

Iranian cleric Ayatollah Mohammad Ali Movahedi Kermani, who was handpicked by the Islamic Republic’s supreme leader to deliver the prayers, delivered a message of hostility toward the United States in the first official remarks since a final nuclear deal was signed between Iran and world powers in Vienna last week. END_OF_DOCUMENT_TOKEN_TO_BE_REPLACED

END_OF_DOCUMENT_TOKEN_TO_BE_REPLACED

This is where German-subjugated Europe is heading: Right into Russia’s hands.

Recent proposals put forward by European Commission chief Jean-Claude Juncker to create a combined European army are “anti-American” and would work towards liberating Europe from US and NATO influence, according to a researcher in European politics.

US, Not Russia the Target of EU Army

While Mr Juncker clearly stated that the creation of such an army would be to counter the tension between Brussels and Moscow, Mateusz Piskorski told Sputnik that he believes it would work towards establishing greater European independence from the US.

“So it’s a kind of paradox because on the one hand, Juncker tries to be politically correct and is convincing everyone that we need protection from Russia, while on the other hand, the very essence and idea of this project would be quite anti-American, or would also be directed against the American military presence in Europe.”

END_OF_DOCUMENT_TOKEN_TO_BE_REPLACED

In his State of the Union address on Wednesday, President Obama mentioned China a total of three times.

One was to praise China’s commitment to cut carbon emissions. The second was to encourage American manufacturing executives to bring back jobs from China. The third was a call-to-arms to prevent China from writing the trade rules in the Asia Pacific.

China watchers inhaled sharply at this third point, given the sensitivity in China about who should be calling the shots in Asia. However, the media coverage in China of Obama’s remarks has been surprisingly restrained, suggesting that the leadership does not want to encourage anti-American nationalist fervour at the moment. END_OF_DOCUMENT_TOKEN_TO_BE_REPLACED

A federal Labor MP was among a list of secret KGB informants, according to newly released Russian intelligence archives.

The former Labor member for the NSW electorate of Hunter, Albert James, is listed as an informant of the Soviet intelligence service in the papers of former KGB archivist and defector Vasili Mitrokhin, which were released by the Churchill College Archive in the United Kingdom last month.

The late Mr James, a former NSW policeman and  Labor MP who served in Federal Parliament from 1960 to 1980, is one of a number of Australians recorded in Mitrokhin’s list of KGB agents and informants active in Australia during the 1960s and 1970s.

Mitrokhin’s notes do not reveal what information James may have  passed to the Soviet Union, but they do confirm his status as a KGB informant, albeit with the insecure codename of ‘‘Albert’’.

This is a very important development in global geopolitics and it has very unfavorable implications for the USA, India and their allies. As you read about this, ask yourself if you heard or read anything about this extremely-important event on what are called “news” TV channels in the USA.

Pakistan, which has been called an “ally” of the USA in the “war on terrorism” has just thrown in its lot with China and dumped the USA as an ally. In truth, I don’t think the Pakistani-American alliance has actually existed for some time, but both nations were willing to pretend it was an alliance as long as Pakistan did a few favors for the USA (such as allowing the USA to supply its troops in Afghanistan via an arduous overland route via Pakistan) in exchange for billions of dollars from the USA–which were likely fantasy dollars turned into real dollars by the legerdemain of the US Federal Reserve Board. The US-Pakistani alliance, like a really bad marriage, is now coming apart. Pakistan has a new ally and partner–Communist China. The Pakistan’s leader declared to the Chinese leader that the new Chinese-Pakistani friendship is “higher than the Himalayas and deeper than the deepest sea in the world, and sweeter than honey.” That language is so affectionate I think these two nations “ought to get a room.” END_OF_DOCUMENT_TOKEN_TO_BE_REPLACED