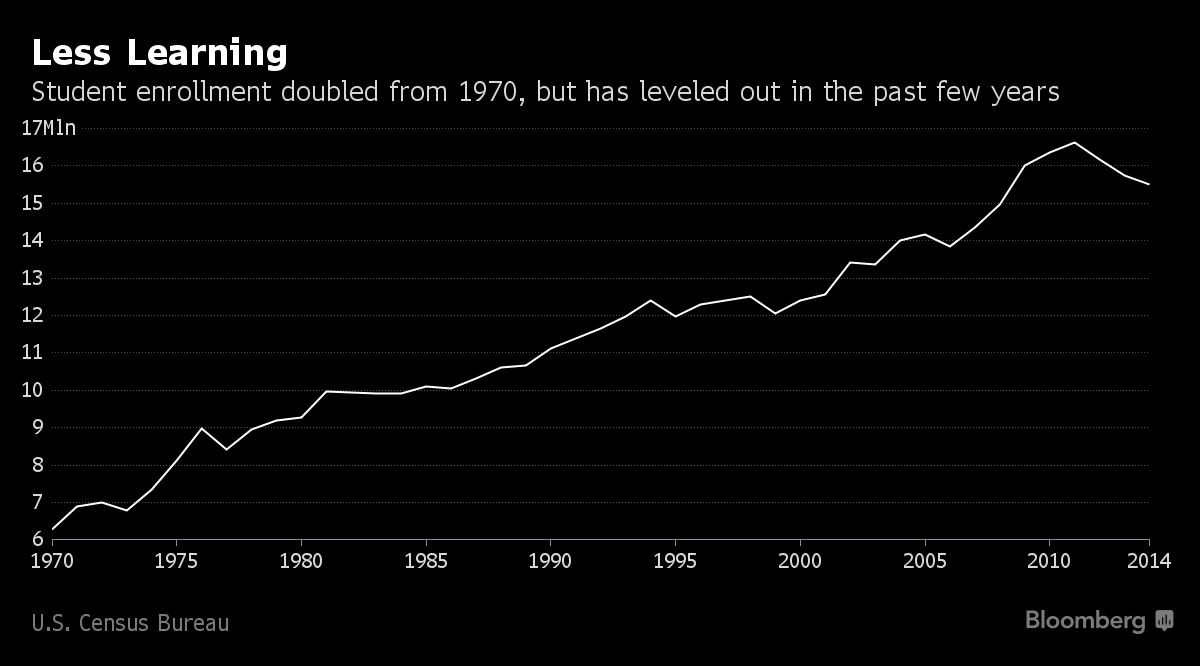 That driver of growth is diminishing. Enrollment has declined every year since peaking in 2011, according to the Census Bureau and the National Student Clearinghouse Research Center. The reasons include an aging population, rising tuition costs and a healthy rate of hiring that lessens the demand for learning. END_OF_DOCUMENT_TOKEN_TO_BE_REPLACED

All couples will now be allowed to have two children, the state-run news agency said, citing a statement from the Communist Party. END_OF_DOCUMENT_TOKEN_TO_BE_REPLACED