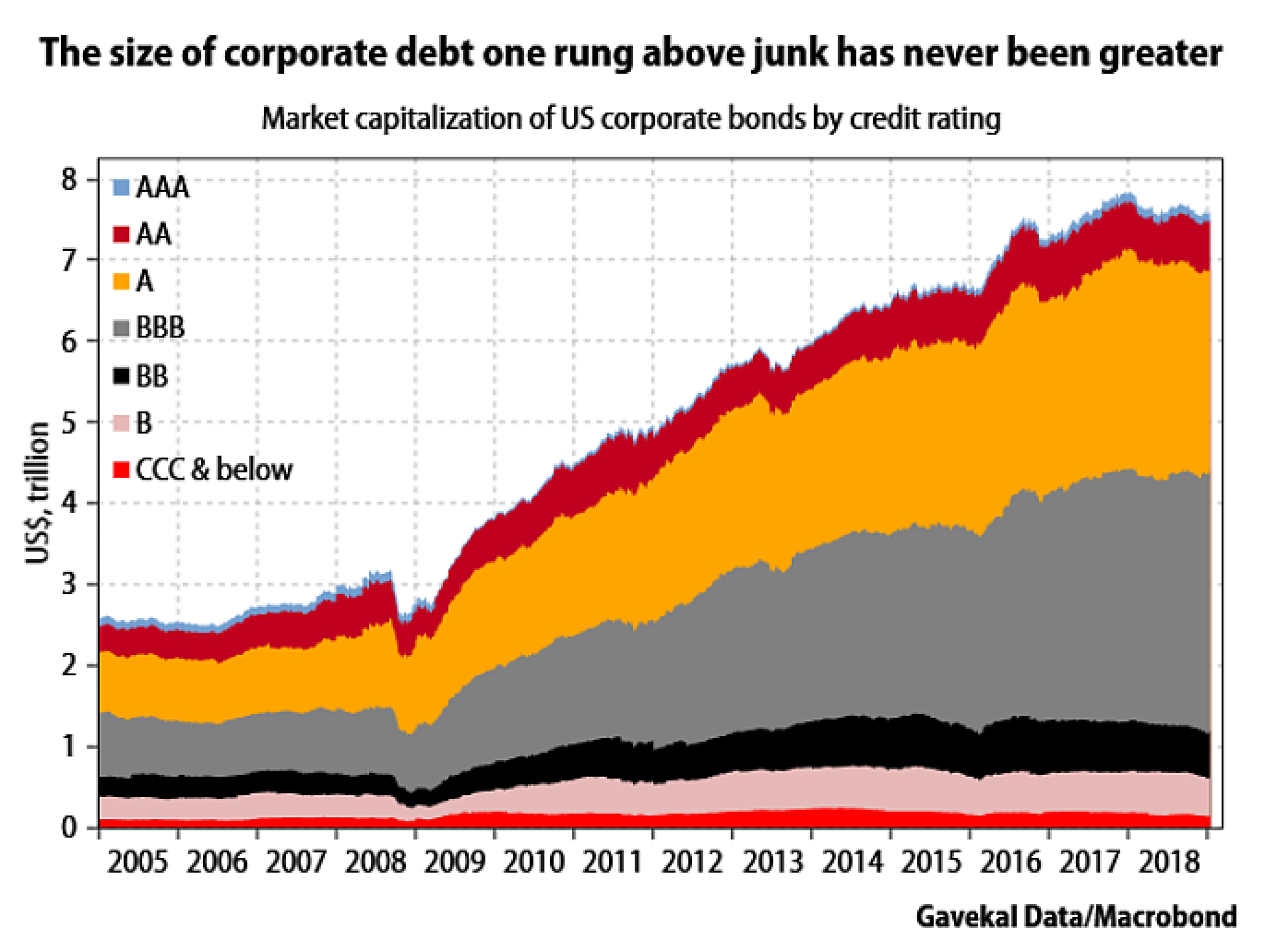 Louis Gave at Gavekal Research says the greatest source of potential instability in the years ahead lies with the massive growth of the U.S. corporate debt market, particularly at the BBB-rated (near junk) level.

However, Gave sees an even source of potential problems since, as he points out, the “size of corporate debt one rung above junk has never been greater” (see below).

The challenge today, Gave said, “is that part of the massive growth we’ve seen in the U.S. corporate bond market has really taken place in the BBB space. And so, if you start seeing an economic downturn (and the usual type of downgrades that occur in a downturn), then all of a sudden you have investment grade that becomes non-investment grade.”

Gave worries this could send shock waves through the financial markets since U.S. corporate debt is widely held by pension funds, investment banks, and large institutions all around the globe.

Gave asked listeners whether all this growth in debt has “funded the purchase of assets that allow the servicing of the debt and then the reimbursement of the debt or has this growth really funded a massive rise in share buybacks and financial engineering?” Gave said if the answer is the latter it would signify that our balance sheets are far more stretched out than they have been in pervious cycles.