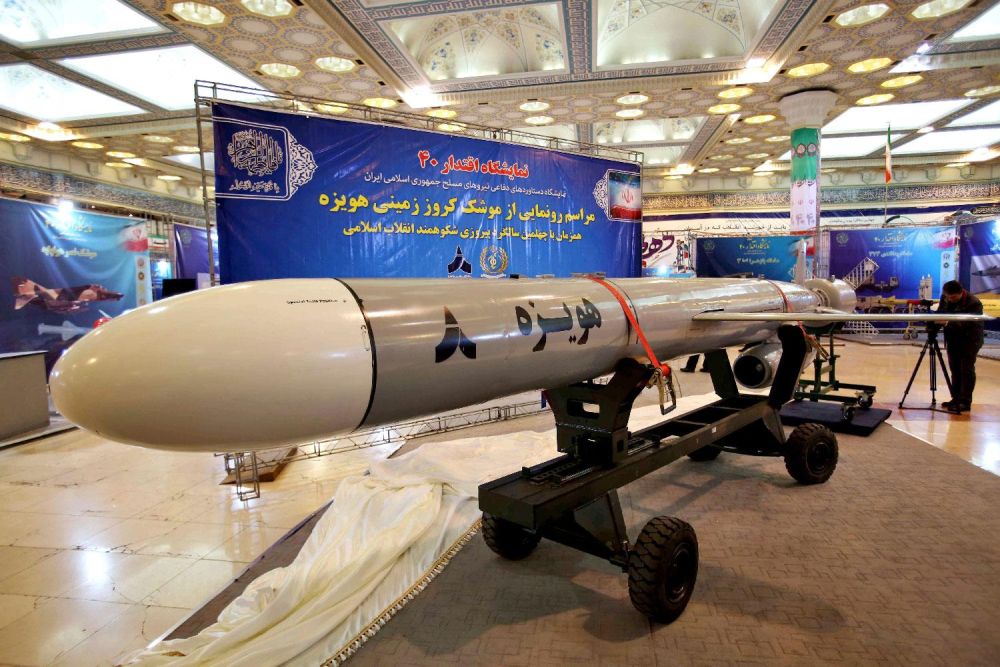 The new Hoveizeh cruise missile with a range of 1,350km was tested on Saturday, Feb. 2, as Iran’s answer to the successful Israeli-US Arrow-3 missile test on Jan. 22, DEBKAfile’s military sources report.

Iran has made rapid strides towards developing a medium-range missile for attacking Israel in three test launches in recent weeks. In the first, on Dec. 29, a Fajr 5 was aimed at central Israel; three weeks later, on Jan. 21, a Fatteh 100 was fired towards the Golan (and was intercepted); and in the last one, marking the 40th anniversary of the 1979 Islamic Revolution, a cruise missile was hailed by Iranian Defense Minister Amir Hatami as accurately hitting its intended target at 1,200 km. This is the distance from Iran to Israel.

By test number three, the Hoveizeh, which belongs to the Soumar family of cruise missiles, Iran demonstrated that, while the Israel’s Defense Ministry Research Administration and the US Missile Defense Agency were intent on developing missiles capable of striking targets outside earth’s atmosphere, the Islamic Republic had succeeded in producing low-flying cruise missiles that fly to target under their radar. Iran is confident that neither the United States nor Israel has the answer to this threat. And indeed, say our military experts, no military force in the world has so far found an effective means of intercepting cruise missiles before they strike, unless they are of short range.

Cruise missiles can hug mountains and hills and dip into valleys, thereby evading the radars of counter-missile systems.  Because of these assets, the US has used Tomahawk cruise missiles for attacks in Syria and other parts of the world; the Russians use Kalibr-NKs and Israel, the Delilah, which has a range of 250km, and which the Syrian army and the Russian forces based in Syria have not been able to intercept. Israel also has cruise missiles of other types.

The closest answer to cruise missiles may be provided by US nuclear aircraft carrier strike groups, due to the blanket of concentrated radar, sensors and data processing systems thrown up over a vast area by this heavy concentrations of warships, surveillance planes and fighter-bombers. Even this capacity is limited to wide stretches of sea while ineffective against cruise missiles over land.

Therefore, the successful test of the Hoveizeh cruise missile is highly significant despite western attempts to play it down. When Brig, Gen. Hatami was appointed Defense Minister in September 2017, DEBKAfile characterized him as an enthusiast of ballistic and cruise missile development and an ardent admirer of the Al Qods chief Brig. Gen. Qassem Soleimani. The Hoveizeh provides Soleimani, supreme commander of Iran’s Middle East war fronts, with a powerful new weapon.

Full article: Neither Israel nor US has the capacity to counter Iran’s new cruise missile (DEBKAfile)