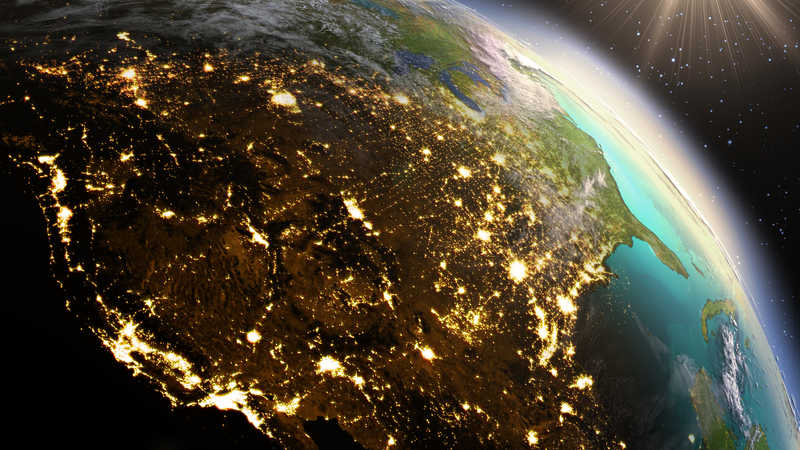 EDTF’s independent analysis concurs with warnings made by the Congressional EMP Commission for 17 years.

A single nuclear weapon detonated over the United States at high-altitude (30 kilometers or higher) would produce no blast or radioactive fallout or other effects injurious to people, usually associated with nuclear blasting a city, as at Hiroshima and Nagasaki.

A nuclear weapon burst 30 kilometers above the United States would generate an EMP field on the ground about 600 kilometers in radius. Catastrophic consequences would cascade far beyond the EMP field, causing the electric grid and other life-sustaining critical infrastructures to collapse over a much larger region.

Such an EMP attack could be delivered by a balloon, an aircraft doing a zoom climb, or a short-range missile launched off a freighter. Any of these attack modes could be executed anonymously, thwarting deterrence.

A nuclear weapon burst 400 kilometers over the U.S. would generate an EMP field on the ground 2,200 kilometers in radius, covering most of North America, including all 48 contiguous United States, most of Canada and much of Mexico. A satellite or medium-range missile launched off a freighter could execute such an EMP attack anonymously, thwarting deterrence.

Hundreds of satellites are in low-earth orbit, including two North Korean satellites that the EMP Commission warns may be nuclear-armed for surprise EMP attack. EMP could instantly destroy and disrupt U.S. satellites and their ground stations, Ballistic Missile Early Warning System (BMEWS) radars, and other National Technical Means needed to identify an attacker.

The EDTF Report’s “Stuckenberg Model for the Spectrum of Conflict” introduces between peace and traditional war a broad “gray zone” for acts of aggression short of traditional all-out warfare that are as yet unaddressed by classical deterrence theory, and may be undeterrable.

EMP attack and other attacks in the “Electro-Magnetic Spectrum (EMS)” are in the gray zone, posing unprecedented challenges to deterrence, according to the USAF Electromagnetic Defense Task Force Report:

“Traditional deterring efforts afford little or no utility in preventing adverse enemy action in the EMS [Electro-Magnetic Spectrum]. In many respects, this is not dissimilar from deterrence activities in cyber space—which are almost completely ineffective.”

Furthermore: “Strategic EMS gray zone challenges can conceivably threaten a nation’s survival. Gray zone EMS threats, such as EMP, were addressed by the Commander of the United States Strategic Command, General John Hyten, during his remarks at the Air Force Association Convention on 20 September 2017, when he noted, ‘EMP is a realistic threat and it’s a credible threat.’ General Hyten went on to note that civil society is not prepared to address the challenges associated with an EMP attack. EDTF supports this position.”

Alarmed by the lack of progress being made by the Department of Homeland Security and the Department of Energy protecting the national electric grid and other life-sustaining critical infrastructures — upon which the Department of Defense depends to support military bases, conduct operations, and defend the nation — the USAF launched its Electromagnetic Defense Task Force at a summit of experts on August 20-22, 2018, to find solutions and spur Washington to action.