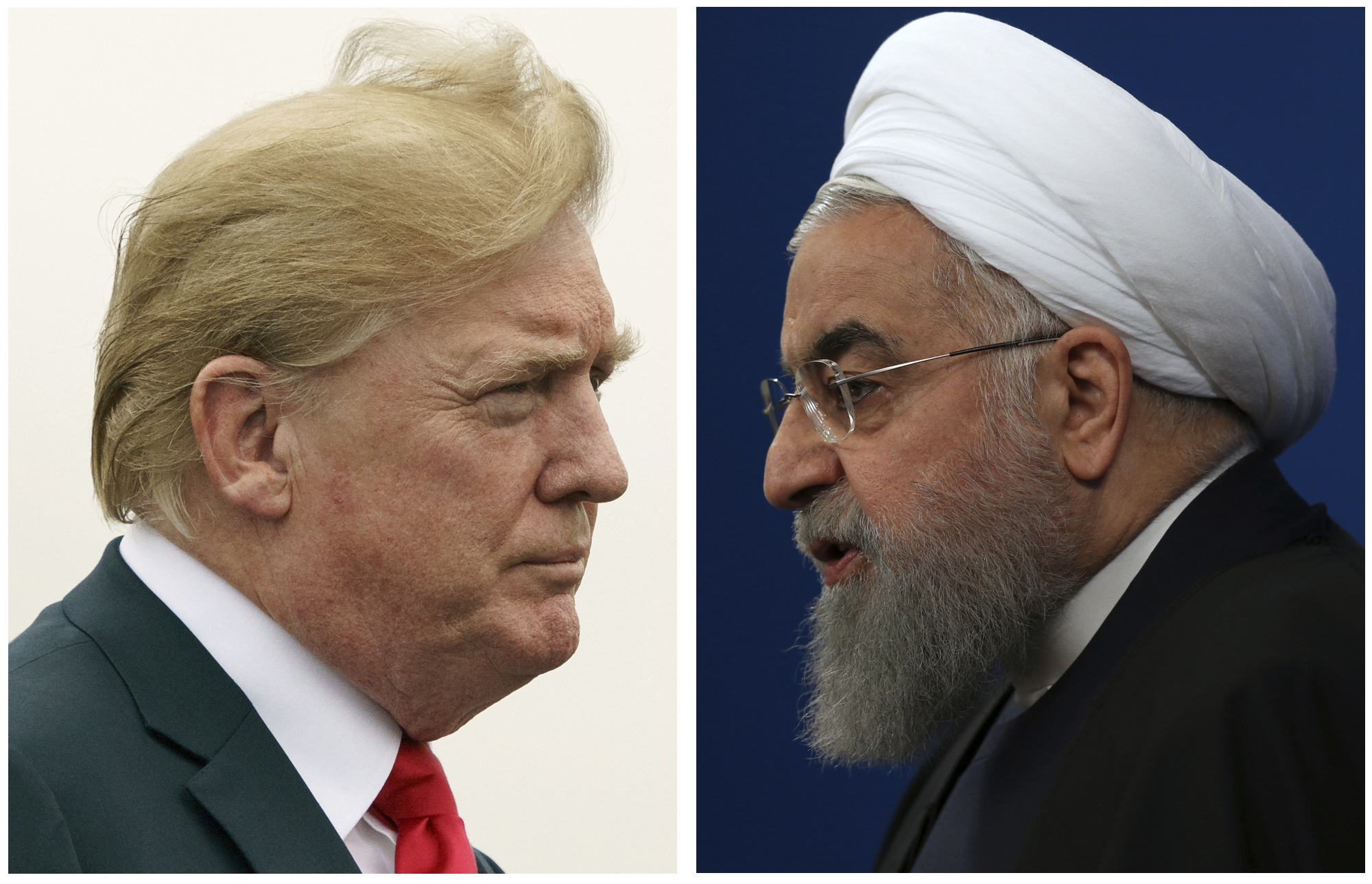 The sanctions end all the economic benefits America granted Tehran under its 2015 nuclear deal with world powers, though Iran for now continues to abide by the accord that saw it limit its enrichment of uranium. While for now not threatening to resume higher enrichment, Iranian officials in recent months have made a point to threaten that could resume at any time faster than before.

The new American sanctions particularly hurt Iran’s vital oil industry, a crucial source of hard currency for its anemic economy. Its national currency has plummeted over the last year, sending prices for everything from cellphones to medicine skyrocketing.

“Today, Iran is able to sell its oil and it will sell,” Rouhani vowed Monday as the sanctions kicked in.

The drill was to continue through Tuesday. Iranian army Gen. Habibillah Sayyari said both the national army and the country’s paramilitary Revolutionary Guard were taking part in the exercise.

Rouhani, meanwhile, pledged to government officials in comments aired on state TV that Iran would overcome the sanctions.

“I announce that we will proudly bypass your illegal, unjust sanctions because it’s against international regulations,” Rouhani said.

“We are in the war situation,” he added. “We are in the economic war situation. We are confronting a bullying enemy. We have to stand to win. I don’t think that in the history of America, someone has entered the White House who is so against law and international conventions.”

The United States has given temporary exemptions to eight countries — including India, Japan and Turkey — to continue buying oil in a bid to avoid disturbing their economies and global markets.

But US Secretary of State Mike Pompeo vowed to push Iran’s oil sales to zero.

“Watch what we do. Watch as we’ve already taken more crude oil off the market than any time in previous history,” he told CBS’s “Face the Nation” on Sunday.