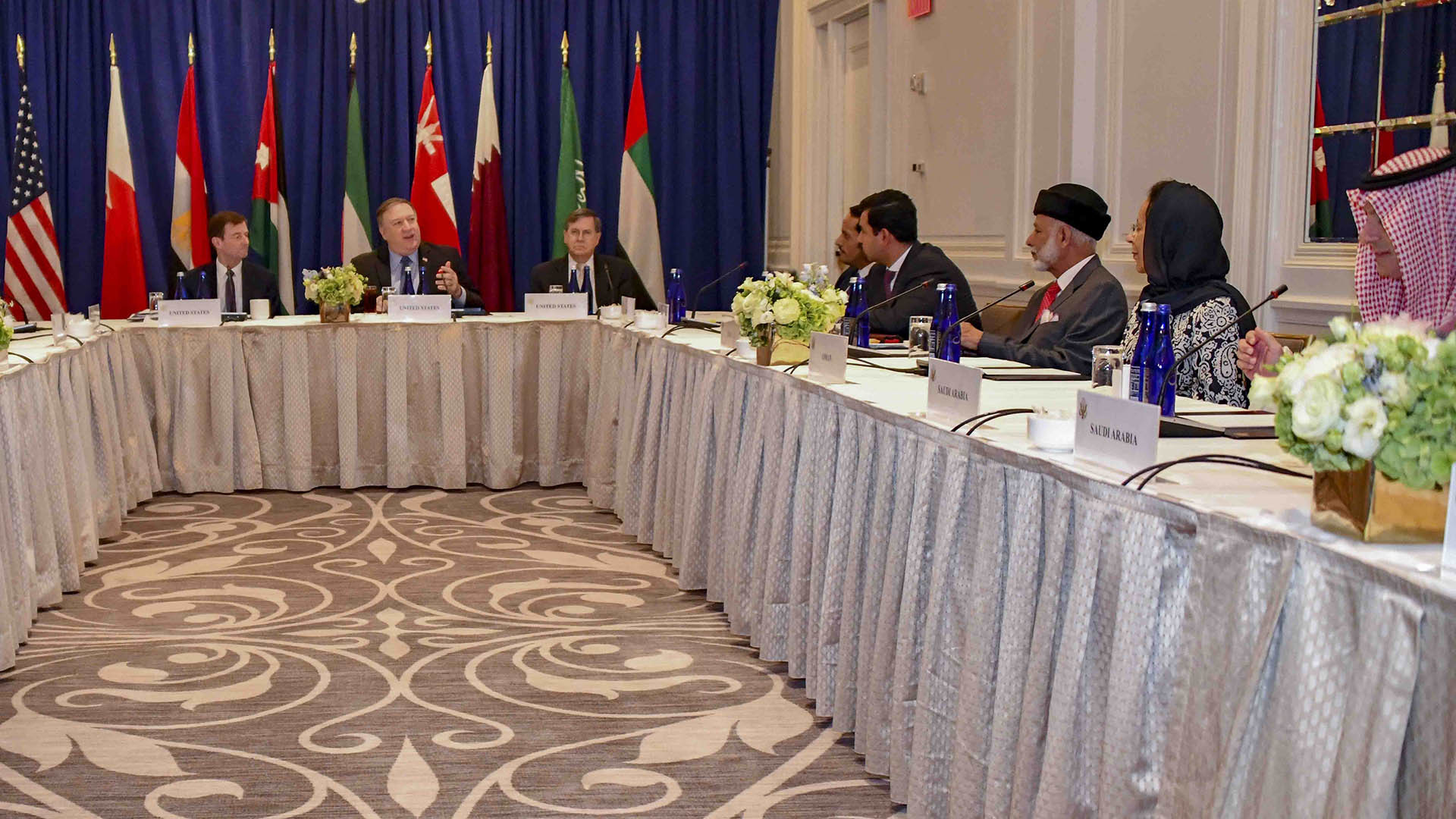 According to the State Department, Pompeo met Friday with the foreign ministers of the Gulf Cooperation Council+2 group of nations. The department’s readout, provided by Undersecretary of State for Public Diplomacy and Public Affairs Heath Nauert stated:

“Secretary Michael R. Pompeo hosted the foreign ministers of Bahrain, Egypt, Jordan, Kuwait, Oman, Qatar, Saudi Arabia, and the United Arab Emirates at the GCC+2 Ministerial today on the margins of the UN General Assembly in New York. The Secretary thanked the foreign ministers for their partnership with the United States. The Secretary emphasized the importance of defeating ISIS and other terrorist groups, bringing peace and stability to Syria and Yemen, ensuring a thriving and inclusive Iraq, and stopping Iran’s malign activity in the region. All participants agreed on the need to confront threats from Iran directed at the region and the United States. The Secretary and the foreign ministers had productive discussions on establishing a Middle East Strategic Alliance, anchored by a united GCC, to advance prosperity, security, and stability in the region. The Secretary looks forward to continuing these discussions over the coming weeks and months.”

The Middle East Strategic Alliance, or MESA, has been billed by many as an “Arab NATO,” and while it is rarely mentioned in the American press, it has been dominating the Arab and Middle East press all weekend. The plan for MESA was agreed upon, in principle, during President Donald Trump’s May 2017 visit to Saudi Arabia for the historically unprecedented summit with Middle East leaders.

Like NATO, MESA is based on the principle of collective defense and will likely include a provision much like the North Atlantic Alliance’s Article 5, which treats any attack on one member as an attack on the whole. But, unlike NATO, MESA would also have a distinct economic component aimed at mutual prosperity.

For now, MESA also differs from NATO in that it is derived from an informal agreement by all of the member states, the diplomatic equivalent of a “handshake agreement.” But, it’s very likely a formal treaty will come before Congress before the president’s first term in office is completed.

The president gets much of the credit for moving forward with MESA, but in reality, it’s been in the works for many years. In 2016, long before the president took office, the U.S. Army War College’s Strategic Studies Institute published an analysis of the prospects for an “Arab NATO” based on the previous five years of Middle East military cooperation in the wake of the “Arab Spring” movement of 2010 and 2011.

Full article: Is President Trump Building an Arab Army to Go to War with Iran? (TruNews)