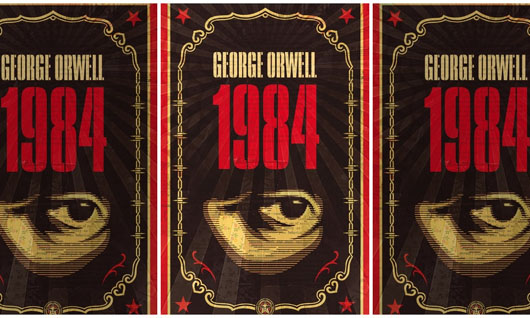 “Never has the reality that we are living in a surreal age been clearer than during the strange cycles of Christine Blasey Ford’s accusations against Supreme Court nominee Brett Kavanaugh,” Victor Davis Hanson wrote for National Review on Sept. 25.

George Orwell’s 1984, Hanson wrote, “is no longer fiction. We are living it right now.”

“In Orwell’s world of 1984 Oceania, there is no longer a sense of due process, free inquiry, rules of evidence and cross examination, much less a presumption of innocence until proven guilty. Instead, regimented ideology – the supremacy of state power to control all aspects of one’s life.”

Given his record, “Kavanaugh was going to be confirmed unless a bombshell revelation derailed the vote. And so we got a bombshell,” Hanson wrote.

As in 1984, “ ‘truths’ in these sorts of allegations do not exist unless they align with the larger ‘Truth’ of the progressive project,” Hanson wrote.

“In our case, the overarching Truth mandates that, in a supposedly misogynist society, women must always be believed in all their accusations and should be exempt from all counter-examinations.”

According to some polls, “about half the country believes that Kavanaugh is now guilty of a crime committed 36 years ago at the age of 17,” Hanson wrote. “And that reality reminds us that we are no longer in America. We are already living well into the socialist totalitarian Hell that Orwell warned us about long ago.” He continued:

In our 1984 world, the accused is considered guilty if merely charged, and the accuser is a victim who can ruin a life but must not under any circumstance be made uncomfortable in proving her charges.

Doublespeak abounds. “Victim” solely refers to the accuser, not the accused, who one day was Brett Kavanaugh, a brilliant jurist and model citizen, and the next morning woke up transformed into some sort of Kafkaesque cockroach. The media and political operatives went in a nanosecond from charging that she was groped and “assaulted” to the claim that she was “raped.”

In our 1984, the phrase “must be believed” is doublespeak for “must never face cross-examination.”

The Democrats’ “gambit was clearly to use the charges” by Blasey Ford “as a last-chance effort to stop the nomination – but only if Kavanaugh survived the cross examinations during the confirmation hearing,” Hanson wrote. “Then, in extremis, Feinstein finally referenced the charge, hoping to keep it anonymous, but, at the same time, to hint of its serious nature and thereby to force a delay in the confirmation. Think something McCarthesque, like ‘I have here in my hand the name . . .’ ”

Hanson continued: “The problem, of course, was that, under traditional notions of jurisprudence, Ford’s allegations simply were not provable. But America soon discovered that civic and government norms no longer follow the Western legal tradition. In Orwellian terms, Kavanaugh was now at the mercy of the state. He was tagged with sexual battery at first by an anonymous accuser, and then upon revelation of her identity, by a left-wing, political activist psychology professor and her more left-wing, more politically active lawyer.”