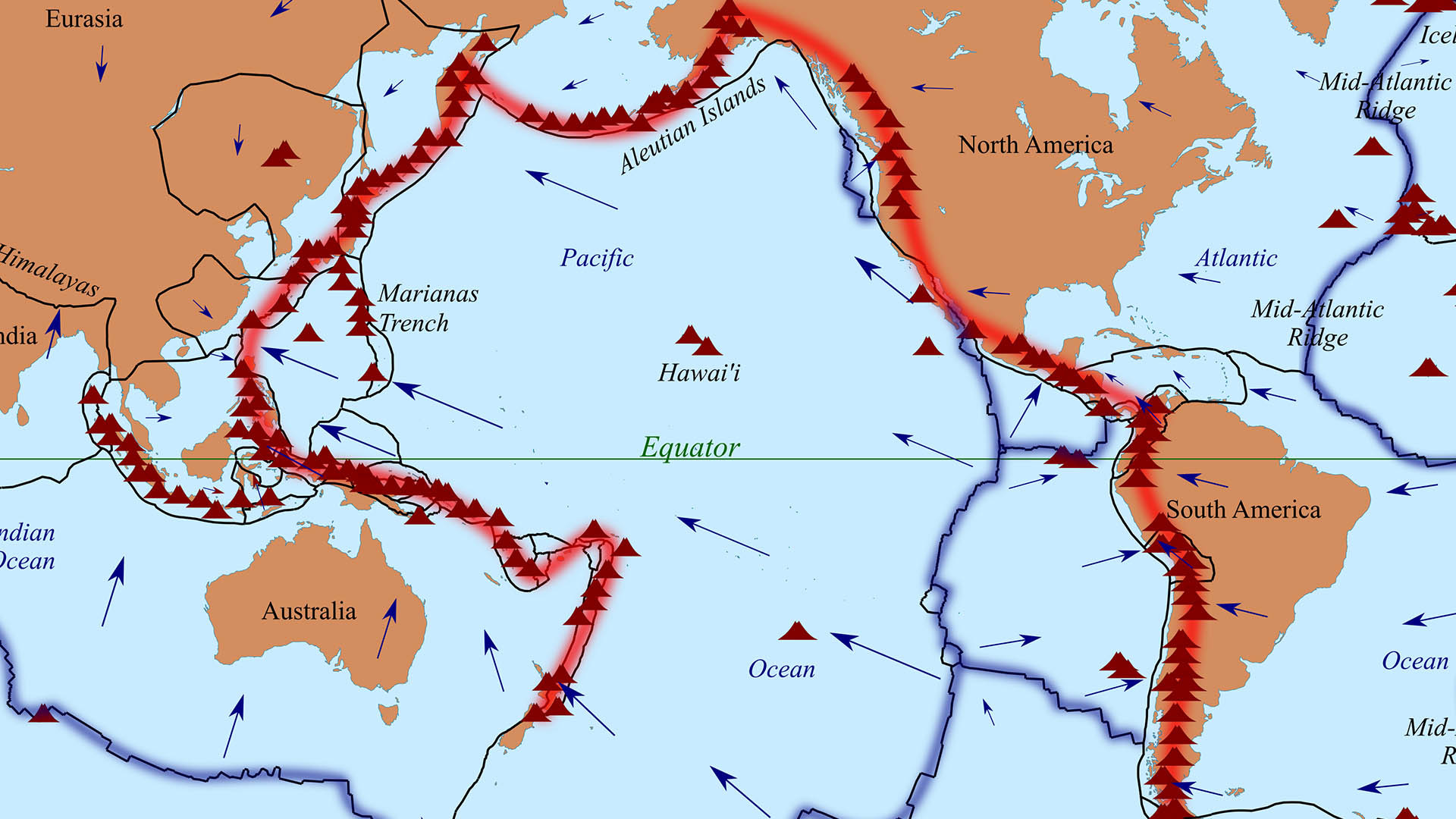 Attention is turning to the potential for a West Coast ‘big one’ hitting California, Oregon, or Washington.

The Pacific Ocean’s “Ring of Fire” has seen 144 major earthquakes—those in excess of magnitude-4.5 intensity—in the past week as concern grows that another “big one” could be coming soon.

Earthquakes in the ring of tectonic plates that encircle the Pacific Ocean are hardly unusual. It experiences dozens of them every day. But, the sudden surge in the number of major earthquakes isn’t the only concern—there have been a number of unusual quakes, as well.

Earlier this week, Fiji was hit by a magnitude-8.2 temblor. It was unusual in the fact that it cause very little destruction and no tsunami because it occurred so far below the planet’s surface—an event known as a “deep focus earthquake.”

Then Tuesday, a magnitude-7.3 temblor struck the northern coast of Venezuela along the fault that separates the Caribbean and South American tectonic plates. It was so powerful that it was felt in neighboring Colombia and in the island nations of Trinidad and Tobago and St. Lucia.

Scientists have long warned that earthquakes around the Ring of Fire are like dominoes. This new, abnormal behavior is frightening a number of noted seismologists, with growing concern that another “big one” is right around the corner.

Their focus appears to be on the West Coast of the U.S., which has gone through a relative “dry spell” for major earthquakes. Such a temblor of magnitude-8 or greater would have devastating consequences for the entire region—and possibly, the world.