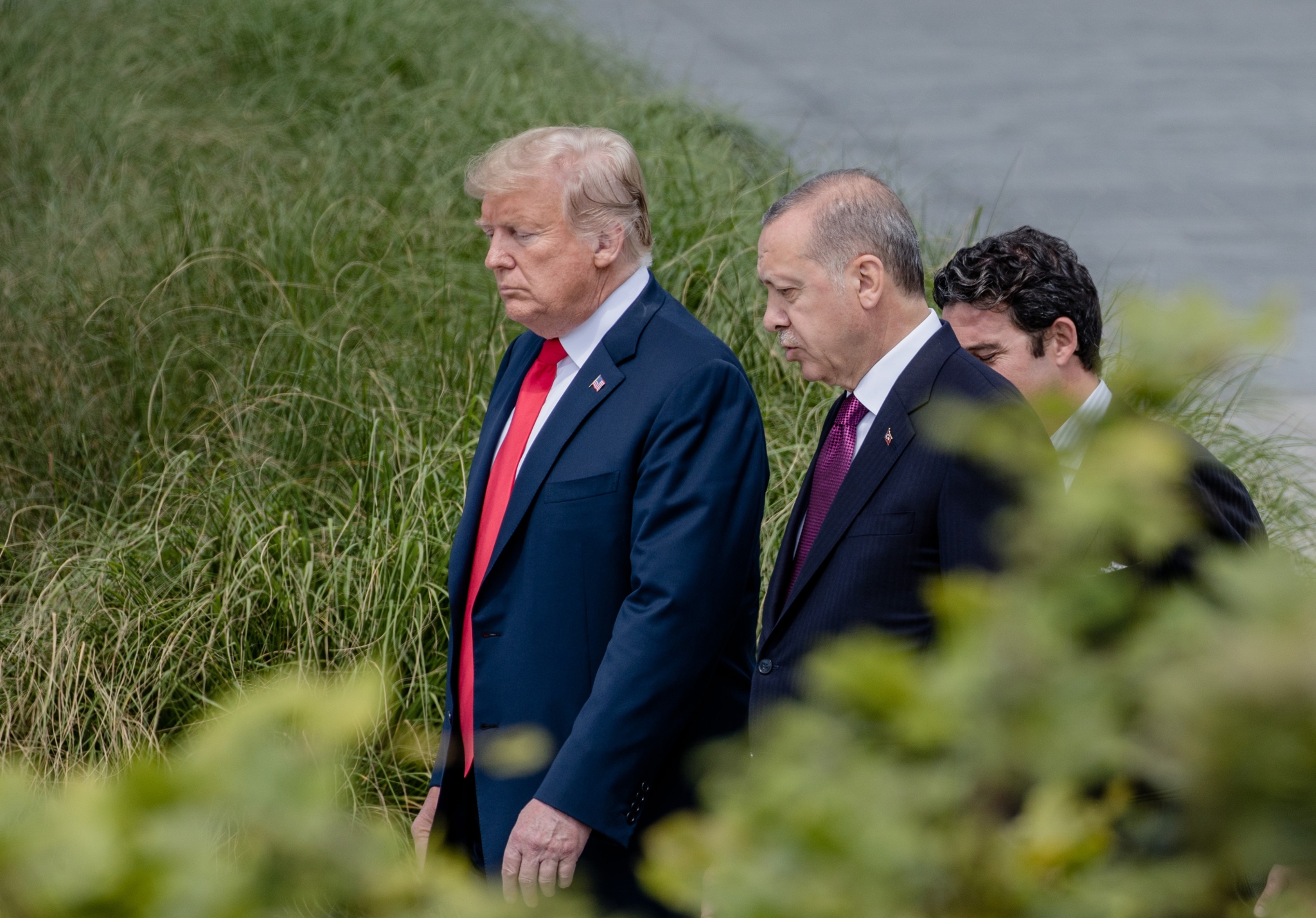 “Before it is too late, Washington must give up the misguided notion that our relationship can be asymmetrical and come to terms with the fact that Turkey has alternatives,” Erdogan wrote. “Failure to reverse this trend of unilateralism and disrespect will require us to start looking for new friends and allies.”

Turkey’s economy was already taking a beating — with the lira plunging as Erdogan urged his citizens in a nationally-televised speech to sell their gold and dollar holdings to help prop up the lira — when President Donald Trump unexpectedly announced on Twitter that he was doubling tariffs on steel and aluminum from Turkey.

“Our relations with Turkey are not good at this time!” Trump said in a move that accelerated a market rout in Turkey that spread across emerging markets. The lira plunged as much as 17 percent on Friday alone, bringing its loss for the year to 42 percent. Beyond investor fears about measures the U.S. could take, the sell-off represented a vote of no-confidence in a new system of government that earlier this year handed Erdogan unrivaled authority, essentially paralyzing the bureaucracy in Ankara.

The deterioration in ties with the U.S. had been under way for years and began accelerating after the failed 2016 coup. Even before the latest tensions this week, Erdogan had been courting Moscow, inking an agreement to buy a Russian missile defense system.

That raised alarms in Western capitals and the U.S. Congress that Turkey was becoming a less-reliable partner in the North Atlantic Treaty Organization despite hosting the U.S. and other allies at its Incirlik air base for the fight against Islamic State. Erdogan has also expanded his outreach to Iran and China.

The Turkish leader was angered by Washington’s decision this week to sanction two top officials it says have been involved in detaining an American pastor, Andrew Brunson, since 2016. The U.S. says Turkey has no evidence to keep detaining Brunson, an evangelical whose case has been championed by Vice President Mike Pence.

The Trump administration has said it believes Erdogan reneged on an agreement to free Brunson, who is next due to appear in a Turkish court on Oct. 12. A call earlier this year between Trump and Erdogan broke down over the issue of detainees. Besides Brunson, Trump railed about Turkey’s holding of Serkan Golge, a NASA scientist who, like Brunson, has been imprisoned since 2016, according to a person familiar with the call.