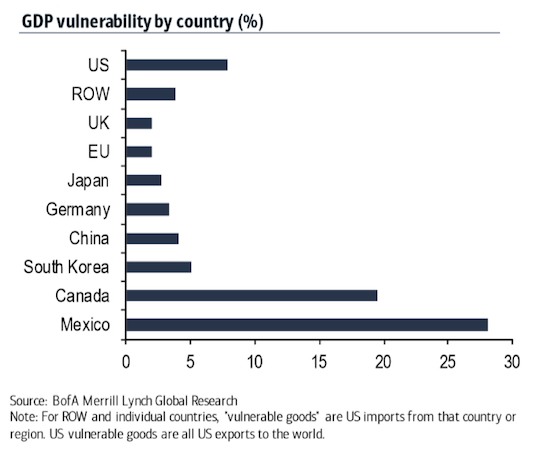 At the risk of beating a dead horse on the topic of trade wars, the sequence of unfolding events is making me cautious near term.

Let me explain why.

First, for all those market pundits, analysts and investors who are following the twists and turns of this trade tiff using Trump’s Art of the Deal as their playbook…

I have a better read for you. Pick up a copy of Sun Tzu’s, The Art of War instead!

The Trump administration has taken a bellicose, saber rattling approach to its trade dealings since day one, with different officials often contradicting each other and the President.

Also, Washington seems to relish the idea of bullying the Chinese in public, rather than negotiating in private. That’s certainly Trump’s style, no doubt, but it’s also a risky strategy.

To quote Sun Tzu: “Do not press a desperate foe too hard.”

China WILL Fight Back

China doesn’t like to be chastised publicly any more than anyone else, but culturally, saving-face may be more important to the Chinese.

At the end of the day, the U.S. has more to lose from an all-out trade war than most of our trade partners, including China and the European Union (EU).

According to analysis by Merrill Lynch economists, roughly 8% of the entire U.S. economy is vulnerable to a trade war, as you can see in the chart above. Meanwhile, only 4% of China’s GDP is at risk. Europe has even less exposure to deeper trade sanctions.

The longer this noisy posturing goes on, the more it weighs on both investor and business confidence.

Ultimately, an economic slowdown could become a self-fulfilling prophecy. That is, the more uncertainty created by this confusing trade spat, the more likely investors will be to raise cash, go on summer vacation and wait things out.

Who Get Hurts Worst?

Stock prices are choppy in the U.S., Europe and Asia. However, no stock market has gotten hurt more than Trump’s favorite trade target, China.

China’s Shanghai Composite Index of mainland stocks extended its decline this week to a loss of more than 20% since the January high, as you can see in the chart below.

For most market watchers, that’s the definition of a bear market. And it’s China’s second bear market in less than four years!

Nearly $2 trillion of China’s stock market value has gone up in smoke since the first of this year. It’s the heaviest financial toll claimed by escalating trade tensions between U.S., China and our other key trading partners.

Most U.S. investors don’t fret much about the loss of a couple trillion dollars in China’s stock market value.

After all, there aren’t many American investors with significant holdings in Chinese stocks. However, there’s a contagion risk.

A free-fall in China’s stock market, and other emerging markets, could trigger the same in U.S. stocks, just as it did in 1998 and more recently in 2015.

In the aftermath of China’s unexpected currency devaluation in August 2015, the S&P 500 Index also tumbled about 12% in two months.

Bottom line: Keep a watchful eye on the yuan, as well as emerging stock markets.

If this market continues to fall, it could quickly carryover to U.S. stocks.

Full article: The Art of the Deal Vs. The Art of War (The Daily Reckoning)