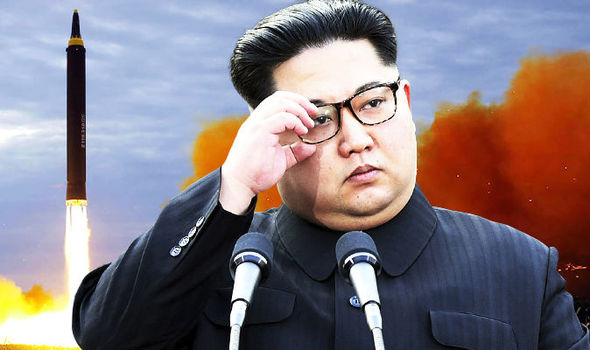 They warned “technical equipment” from Kim Jong-un’s nuclear facility were “removed prior to its detonation” – indicating the hermit state still plans on using the crucial technology.

The said this would enable Kim Jong-un to “restart” or “continue” developing his nuclear programme in the near future, betraying his promise with Donald Trump to halt all nuclear ambitions.

Experts also believed some tunnels in Kim Jong-un’s nuclear testing site are still “usable”, and could still be used to develop nuclear weapons.

Authorities said this goes “in line with recent US intelligence agencies” hinting that North Korea could “secretly make more nuclear fuel” in order to further strengthen its nuclear arsenal.

The Defcon Warning System has ranked North Korea’s nuclear threats as level five – the lowest possible – stating that there are currently “no imminent nuclear threats against the United States at this time”, despite evidence emerging that Kim Jong-un did not halt his nuclear ambitions.

However, the report highlighted concerns that North Korea could potentially continue developing its nuclear test site.

The Defcon Warning System report said: “There are currently no imminent nuclear threats against the United States at this time.

“Analysis of North Korea’s destruction of its nuclear testing site reveal that explosions were superficial and insufficient to destroy the facility.