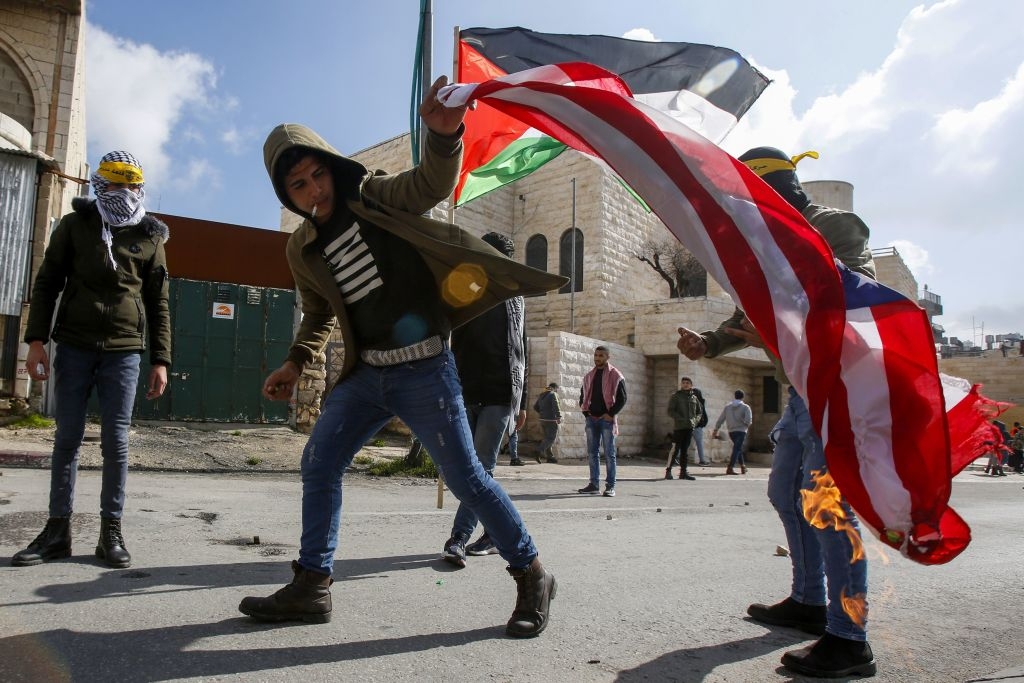 The outcome of the Yemen war matters: U.S. forces are fighting there and a new strategy against terrorism is now being tested in the Middle East’s poorest nation.

Since Britain’s Royal Marines marched out of their Aden Protectorate in November 1967, Yemenis have killed each other over nearly every international ideology: colonialism, communism, and radical Islamism. Add in the tribal rivalries and the religious divides between competing versions of Sunni and Shia Islam — and the stage is set for perpetual war. Indeed, Yemen, in every decade since the 1960s, saw bombings, bloodshed and barbarism.

Iran has also seemingly been trying to form a “Shi’ite Crescent” across the Middle East, through Yemen, Iraq, Syria and Lebanon to the Mediterranean.

According to nearly half a million computer files released by the U.S. Central Intelligence Agency late last year, captured from Osama bin Laden’s compound, Iran had also offered “support to al-Qaeda in exchange for targeting the Gulf.”

In addition, Iran has been sponsoring Shia uprisings in Bahrain. The US ambassador to Bahrain during the Obama administration evidently turned a deaf ear to pleas from Bahraini officials for help; he presumably feared upsetting the president’s Iran deal, just as Obama had, by failing to act after his “red line” on the use of chemical weapons was crossed in Syria.

Meanwhile, Iran has been referring to Bahrain as “the 14th province of Iran” in its state-run broadcasts; Saudi Arabia has said Iran was behind Shia uprisings in the oil-rich “Empty Quarter,” and the UAE has placed nine Iranian entities and individuals on its terrorism list.

Given his public statements about the Iraq War and his professed ideology about foreign intervention, Obama faced a tough decision: letting an American ally fall to al-Qaeda in the months before a presidential election or making a major military commitment that might alienate his anti-war supporters. As usual, he chose a middle course: special forces and drone strikes.

This middling effort produced middling results. Al-Qaeda forces were scattered and driven back into the arid mountains and desert wastes, but they were only beaten back, not beaten. Indeed, al-Qaeda in the Arabian Peninsula still holds roughly one-quarter of Yemen.

Meanwhile, Yemen’s government and US forces had to face an even deadlier foe: Iran-backed militias mostly populated by Houthis, an off-shoot of Shi’ite Islam.

So, Saudi Arabia, Egypt, Kuwait, Bahrain, and the United Arab Emirates dispatched troops, tanks, and planes. For most of those nations, it was the largest deployment of their troops, outside their borders, in their history.

America, as usual in the Obama years, provided largely “soft” assistance: snatches of phone conversations, medicine, and pallets of Meals-Ready-To-Eat.

The initial result? An appalling stalemate, in which the amount of blood-spilled per acre-regained shocked both diplomats and military planners. One Saudi military adviser told this author in 2017: “The butcher’s bill is as high as the Iran-Iraq War [was in the 1980s] and, five years later, we still have less than half of the countryside.”

Yemen’s cities reminded him of Beirut in the 1970s. “Snipers, bombs… civilians slaughtered, artillery shells landing in apartment blocks.” The career officer shook his head. He didn’t ever want to go back.

Now, the tide may be turning against the Islamist rebels.

United Arab Emirates’ aircraft smashed a key Houthi command and communications center near a strategic crossroads some 15 miles from coast.