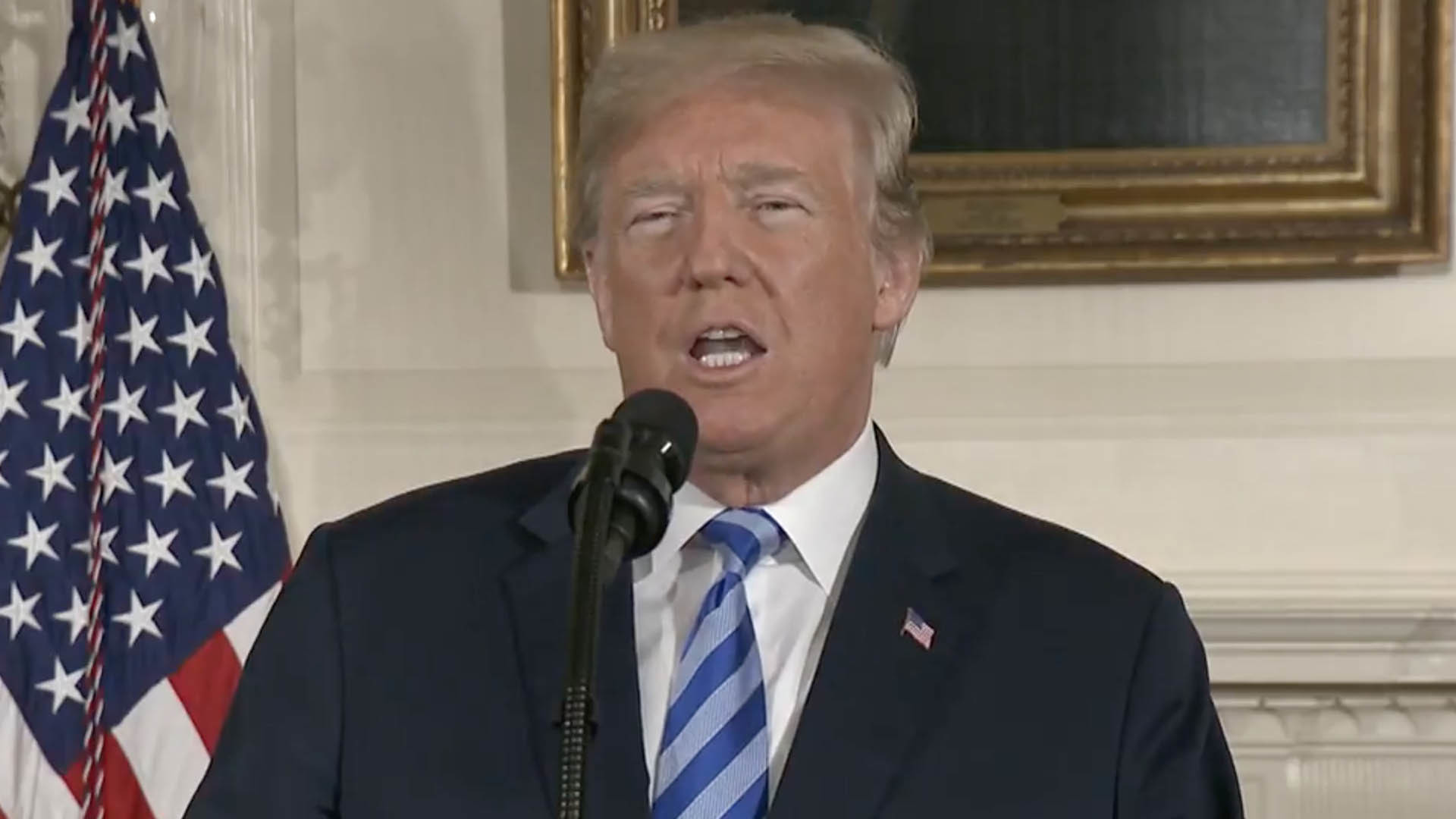 President Donald Trump announced this afternoon that he is walking away from the 2015 Joint Comprehensive Plan of Action nuclear deal in a speech from the White House. The president explained the deal negotiated by the Obama administration and several European countries fails to protect U.S. national security interests and has enriched the Islamic Republic’s regime. Those funds, he added, have been used to enable “malign behavior” throughout the Middle East.

Meanwhile, the deal itself only delays Iran’s ability to pursue nuclear weapons while allowing it to preserve nuclear research and development.

The president’s action today directed the administration to immediately begin the process of re-imposing sanctions tied to the JCPOA which target several sectors critical to the country’s economy, including its energy, petrochemical, and financial sectors. It includes a “wind down” period for businesses that began working with Iranian companies under the Obama administration plan.

In a statement the White House said U.S. withdrawal from the JCPOA will put pressure on the Iranian regime to change its ways. “Malign activities” and “bad acts” will no longer be tolerated, it said, adding:

“As a result, both Iran and its regional proxies will be put on notice. As importantly, this step will help ensure global funds stop flowing towards illicit terrorist and nuclear activities.”

Following the president’s speech, National Security Adviser John Bolton said sanctions go into effect immediately for companies not already doing business with Iran, and the “wind down” period would be between 90 and 180 days. He reassured reporters that there are no plans for “regime change” or to send U.S. troops into Iran.