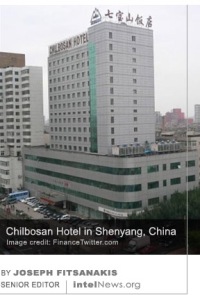 One of North Korea’s most senior intelligence officials, who played a major role in building Pyongyang’s nuclear weapons program, has disappeared and is believed to have defected to France or Britain, according to sources. South Korean media identified the missing official as “Mr. Kang”, and said he is a colonel in North Korea’s State Security Department (SSD), also known as Ministry of State Security. Mr. Kang, who is in his mid-50s, enjoyed a life of privilege in North Korea, because he is related to Kang Pan-sok (1892-1932), a leading North Korean communist activist and mother to the country’s late founder, Kim Il-sung.

According to South Korean reports, Kang was in charge of North Korea’s counter-espionage operations in Russia and Southeast Asia, including China. He is also believed to have facilitated secret visits to Pyongyang by foreign nuclear scientists, who helped build North Korea’s nuclear weapons program. In recent years, Kang was reportedly based in Shenyang, the largest Chinese city near the North Korean border, which is home to a sizeable ethnic Korean population. According to reports, Kang led Unit 121, an elite North Korean hacker group based in Shenyang, with the aim of carrying out cyber-attacks without implicating North Korea. The South Korean-based Daily NK website said on Wednesday that Kang had been based at the Zhongpu International Hotel in Shenyang (until recently named Chilbosan Hotel), which has historically been operated through a joint Chinese-North Korean business venture and is known to host numerous North Korean government officials.