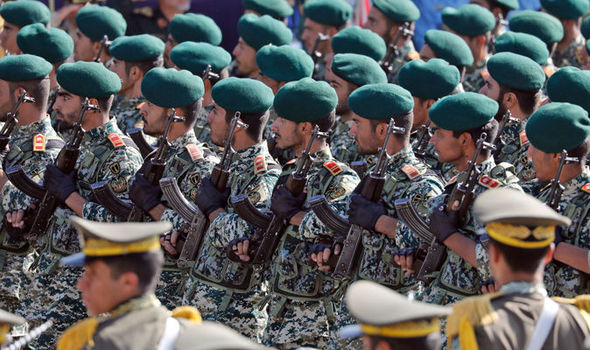 IRAN has vowed to destroy Tel Aviv if Israeli PM Benjamin Netanyahu carries out his recent threats to launch military action against the Islamic republic as simmering tensions in the Middle East reach boiling point.

Angry exchanges between the two countries have intensified recently with the bitter Syrian war spilling over into a wider proxy fight and Iran’s role in the ongoing Yemen conflict enraging Israel and the West.

And Mr Netanyahu ramped up the rhetoric at last weekend’s Munich Security Conference when he accused Iran of seeking to dominate the region with aggression and terror.

Tehran responded to Mr Netanyahu’s speech with a chilling threat of its own.

Mohsen Rezaie, Iran’s expediency council secretary, said: “About Netanyahu’s unwise words, I should say that if they carry out the slightest unwise move against Iran, we will raze Tel Aviv to the ground and will not give any opportunity to Netanyahu to flee.”

The war of words comes as Israel seeks wider support to contain its long-standing foe and US President Donald Trump also presses for a tougher approach on Tehran.

He said: “The US and Israeli leaders don’t know Iran and don’t understand the power of resistance and therefore, they continuously face defeat.”

Israel is increasingly seeking to join forces with Sunni Arab states that share its fears about the growing influence of Shia Iran.

For months, Mr Netanyahu has warned about what he describes as unprecedented levels of behind-the-scenes co-operation.

A major concern is strife-torn Lebanon, where the heavily armed Iran-backed Shi’ite militia Hezbollah is part of a coalition government.

Israel waged a bitter war against Hezbollah in 2006 and tensions between Israel and Lebanon have been rising since Hezbollah joined the fighting in Syria.