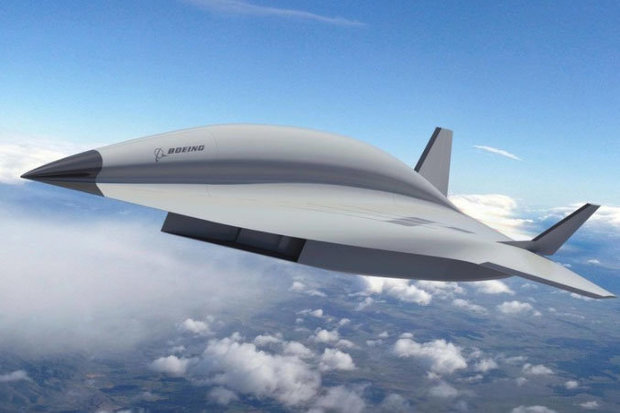 HYPERSONIC: The Valkyrie II is expected to be in production within 10 to 20 years (BOEING/ FACEBOOK)

THE incredible first details about a hypersonic fighter jet that can blast enemy targets as it zaps around the world in three hours have been revealed.

Boffins first unveiled plans for the Valkyrie II last month, which they aim to build in the next 10 to 20 years.

Boeing said if the finished design matches initial plans the aircraft would be able to fly across the globe in “one to three hours” and carry out deadly airstrikes and reconnaissance missions.

Kevin Bowcutt, a senior technical fellow at Boeing, added: “This is one of several concepts and technologies we’re studying for a hypersonic aircraft.

“This particular concept is for a military application that would be targeted for an intelligence surveillance and reconnaissance, or ISR and capabilities.”

Mr Bowcutt said the hypersonic plane would be multiple times faster than a bullet.

He added: “It’s two-and-a-half times the speed of a speeding bullet.

“It’s more than twice as fast as the Concorde. So basically you can get anywhere in the world in one hour across the Atlantic, two hours across the Pacific – pretty much anywhere between two points in one-to-three hours.”