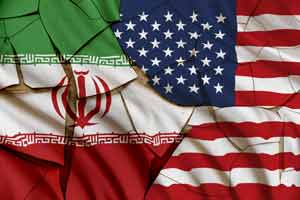 President Donald Trump is jockeying to end the Iran nuclear deal once and for all, and Iran wants to make us pay.

Add this to North Korea’s constant threats, naval clashes in the South China Sea, and the recent Saudi Purge, and it can be tempting to stuff your money in your mattress or invest in commodities like gold and silver.

President Trump threatened, on Oct. 13, to pull out of the Iran nuclear deal unless Congress passed legislation that changed the agreement’s terms.

Specifically, the president now wants legislators to amend U.S. law so that Congress can, going forward, sanction Iranfor activities that were never part of the nuclear deal in the first place. This would essentially allow legislators on Capitol Hill to take punitive action against Tehran at will, and over matters not at all related to perceived nuclear proliferation.

And if Congress doesn’t pass the amendment, President Trump will outright withdraw the United States from the nuclear agreement himself.

To do that, the president would only need to abstain from waiving U.S. sanctions on Iran after the next Congressional review.

As president, that will always be his call to make immediately following Congress’ agreement compliance review.

And, given his ultimatum to Congress, it seems likely that Trump will follow through on his promise to re-impose prohibitions on Tehran.

The consequences, unfortunately, would be swift and damaging worldwide – but particularly for the United States.

Iran Has Friends in High Places

China, France, Russia, the United Kingdom, Germany, and the European Union signed the 2015 accord with Iran, alongside the United States. And each of these nations have since started working on separate corporate oil plans and deals that will bring the former group of nations billions in profits while allowing Iran to flourish from oil manufacturing and exporting once again.

Should Trump impose sanctions on Tehran in the meantime, however, those deals will become difficult to carry out, if not altogether impossible.

The European Union, for example, has already threatened to hold America in contempt of international law should Trump re-sanction Iran, reported The Guardian on Oct. 16.

The bloc could also undermine America’s efforts in Afghanistan by refusing to contribute additional troops to NATO.

China could withhold or withdraw its own sanctions on North Korea – which have been made at Trump’s repeated behest to curb the regime’s own nuclear ambitions.

Or the Red Dragon could “accidentally” let its steel surplus rise again, hurting the steel industry stateside in much the same way it did until April of this year – by exporting excess steel worldwide to American corporate rivals for far cheaper prices.

Of course, Tehran’s President Hassan Rouhani has delivered his own threats against the United States, even hinting at increased nuclear enrichment…

On Sept. 20, Rouhani said his country would “feel it had a ‘free hand’ if the U.S. broke the agreement by re-imposing sanctions,” The Guardian reported.

Rouhani suggested Iran could then use that “free hand” to expand its work on uranium enrichment, which is currently strictly limited under the agreement; the leader of Tehran insisted his country would never seek to build nuclear warheads, though.

Full article: What to Expect Once the Iran Nuclear Deal Collapses (Money Morning)