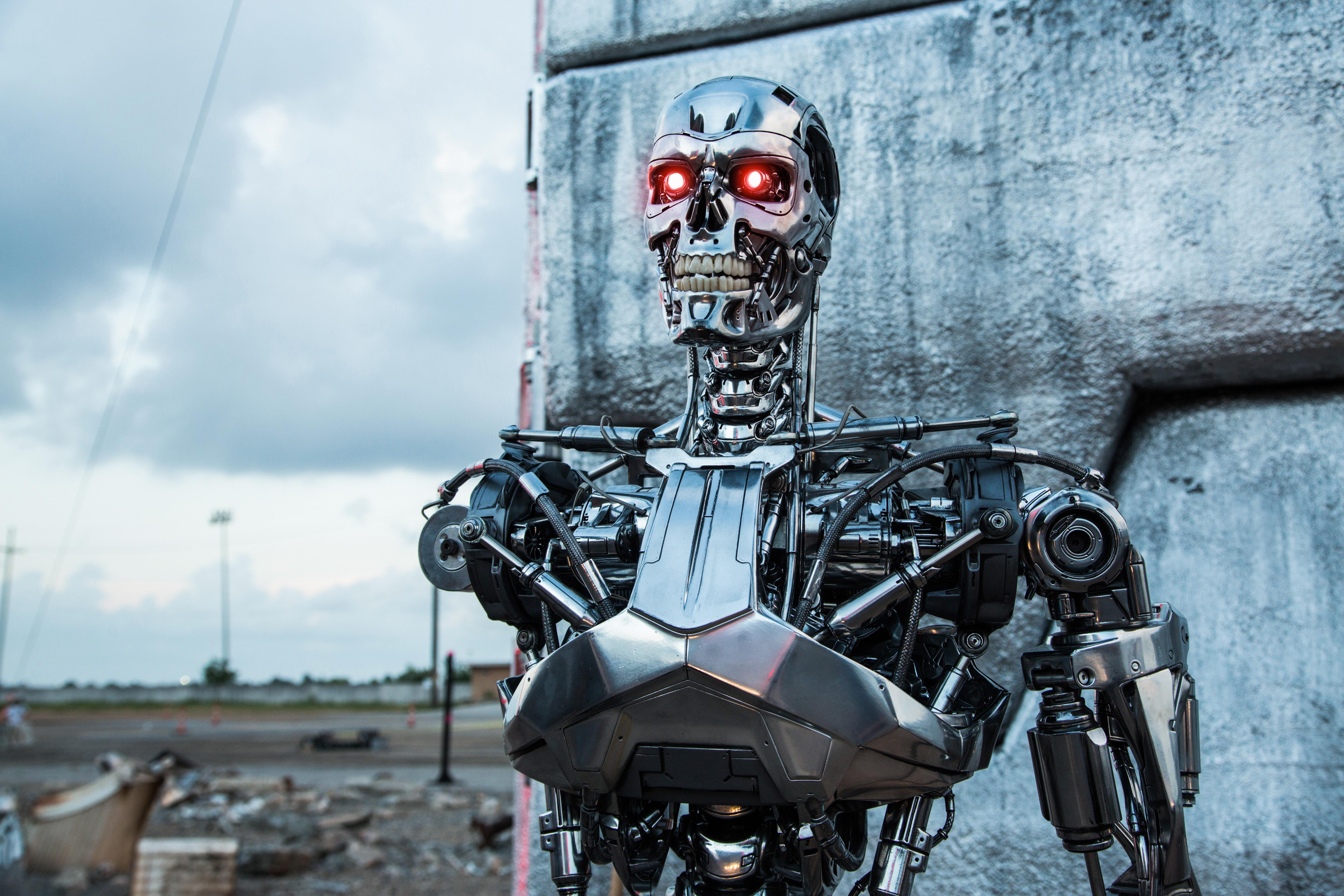 Putin’s comments are reminiscent of the Terminator movie franchise where mass-killing cyborgs rebel against their human creators and take over the world (Credit: The Sun/Handout)

The strongman Russian President spoke to a crowd of students about the prospect of an army of trained killers incapable of feeling “pain or fear” much like the characters in 1992 action movie Universal Soldier.

He revealed that scientists are close to breaking the genetic code which would enable them to create “a human with pre-designed characteristics”.

Speaking at a youth festival in Sochi, Putin warned of the consequences of playing God with man’s genetic code, reports The Express.

He said: “A man has the opportunity to get into the genetic code created by either nature, or as religious people would say, by the God.

“All kinds of practical consequences may follow. One may imagine that a man can create a man not only theoretically but also practically.

“He can be a genius mathematician, a brilliant musician or a soldier, a man who can fight without fear, compassion, regret or pain.

“As you understand, humanity can enter, and most likely it will in the near future, a very difficult and very responsible period of its existence.

“What I have just described might be worse than a nuclear bomb.”

The autocrat warned that world leaders must agree on regulations to control the creation of mass-killing super soldiers.

He said: “When we do something, whatever we do, I want to reiterate it again – we must never forget about the ethical foundations of our work.”

Last month, Putin revealed he is afraid humans in the future will be hunted and EATEN alive by flesh-munching robots.

The infamously icy-veined Russian leader showed his more anxious side while discussing artificial intelligence (AI) at an event in Moscow.

Earlier this month, the election-hacking autocrat said that AI was “the future, not only for Russia, but for all humankind.”

While saying the burgeoning technology had “colossal opportunities”, Putin added “whoever becomes the leader in this sphere will become the ruler of the world.”