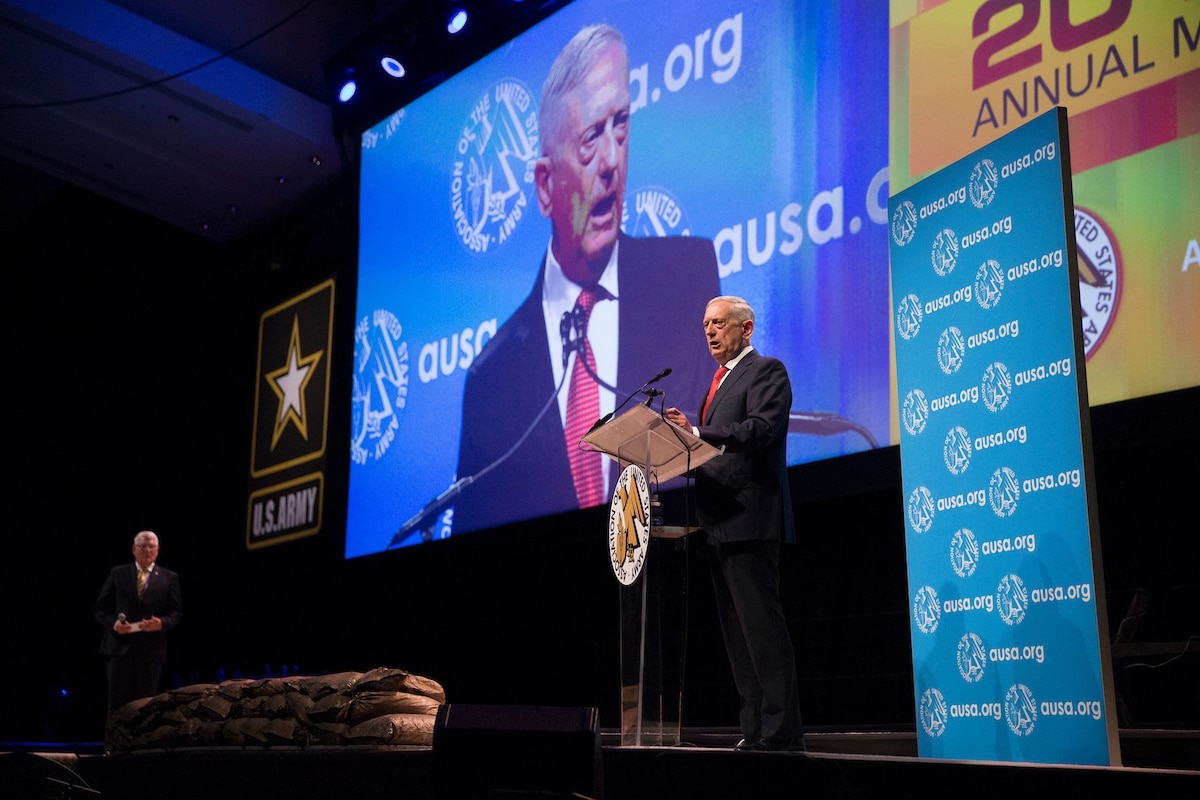 Secretary of Defense Jim Mattis speaks during the opening ceremony of the AUSA annual meeting at the Walter E. Washington Convention Center in Washington, D.C. on Monday. (Mike Morones)

America’s relationship with North Korea remains a diplomatic one, Secretary of Defense Jim Mattis said Monday, but he urged members of the military to be prepared in case the situation breaks down.

Mattis also used his keynote speech at the annual AUSA conference in Washington, D.C., to thank allies who have stood with the U.S. through the ages.

“It is right now a diplomatically, economic-sanctions-buttressed effort to try and turn North Korea off of this path,” Mattis told the audience. “What does the future hold? Neither you nor I can say.”

Tensions with North Korea have ratcheted up since the start of the year, following a series of missile launches that culminated in a nuclear test on Sept. 3. Those tensions have been matched with rhetoric from President Donald Trump, who regularly issues provocative tweets and has taken to calling North Korean leader Kim Jong-Un “rocket man.”

There is a belief among experts that North Korea will attempt some kind of launch or detonation late Monday, timed around a local holiday. As of publication, weather reports show non-ideal conditions for a launch, which may delay whatever show of force is being considered from Pyongyang.

In contrast to some of the president’s tweets, Mattis’ comments represent a fairly regular baseline of the North Korea situation — that diplomacy has the lead, with the military ready to back it up.

“There is one thing the U.S. Army can do, and that is you have to be ready to ensure we have military options that our president can deploy if needed,” Mattis said. “The international community has spoken, but that means the U.S. Army must stand ready. “

“So if you’re ready, that’s your duty at this point and time, and I know the Army will always do its duty.”