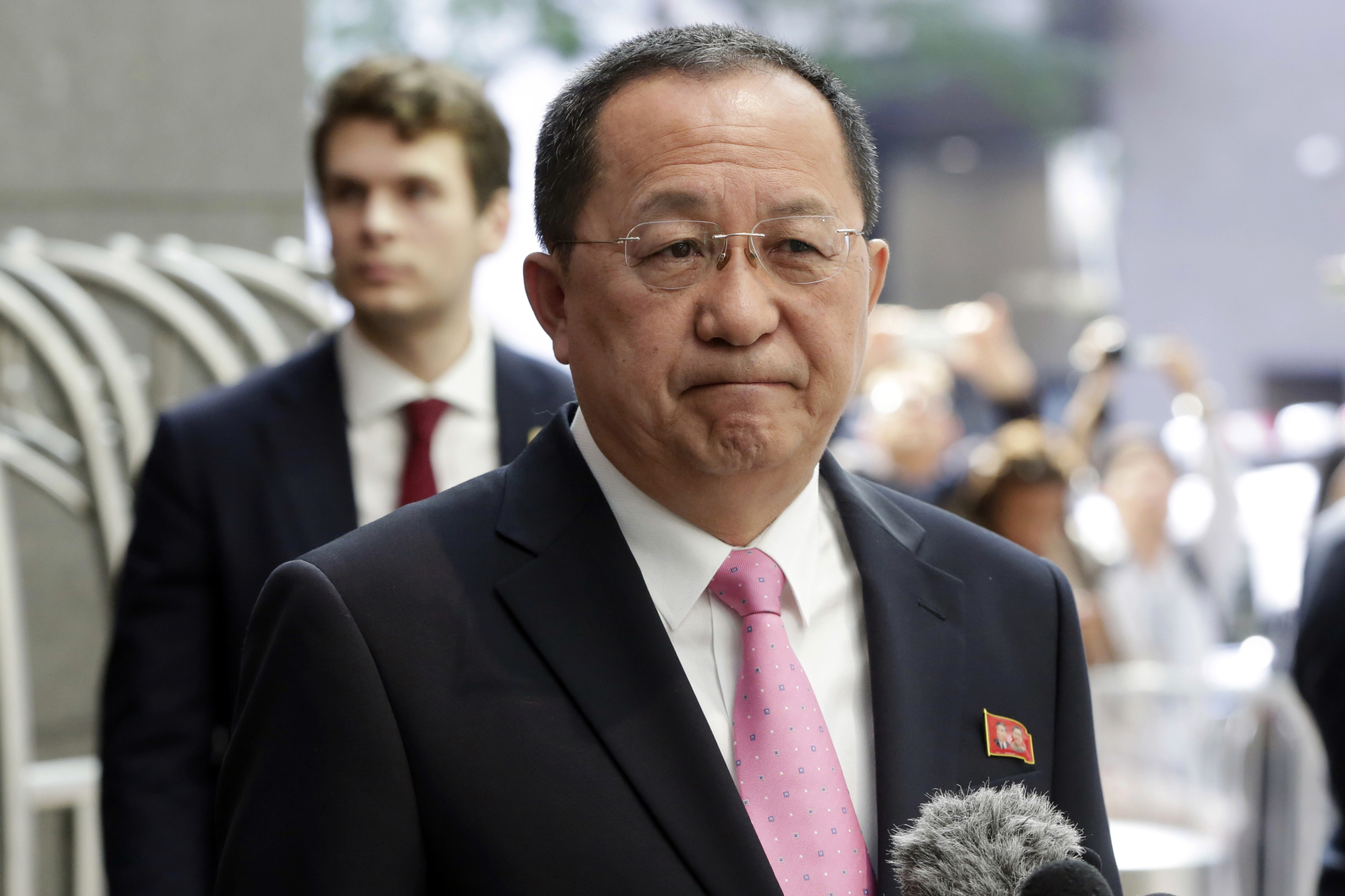 North Korea’s foreign minister said Monday that the U.S. had “declared war” on the isolated nation, pinning the blame on President Donald Trump’s incendiary words days earlier while also threatening to shoot down U.S. bombers — even if they are not in the country’s airspace.

The White House later in the day dismissed the claim as “absurd,” but observers said the risk of miscalculation between the two nuclear-armed nations had hit a level unseen in recent years.

“The whole world should clearly remember it was the U.S. who first declared war on our country,” North Korean Foreign Minister Ri Yong Ho said during a televised news conference in New York.

“The question of who won’t be around much longer will be answered then,” Ri said in reference to a cryptic Twitter post by Trump on Saturday.

Ri’s comments came in the wake of a war of words between North Korean leader Kim Jong Un and Trump that saw the U.S. president — in a speech before the U.N. General Assembly last week — vow to “totally destroy” the country of 25 million people if the United States is forced to defend itself or its allies.

Kim said he would make the U.S. “pay dearly” for threatening his country’s destruction, and that he was considering the “highest level of hardline countermeasure in history” — a statement Ri later hinted could mean a detonation of a powerful hydrogen bomb over the Pacific Ocean.

One response to “North Korea says U.S. has ‘declared war,’ warns it may shoot down American bombers”