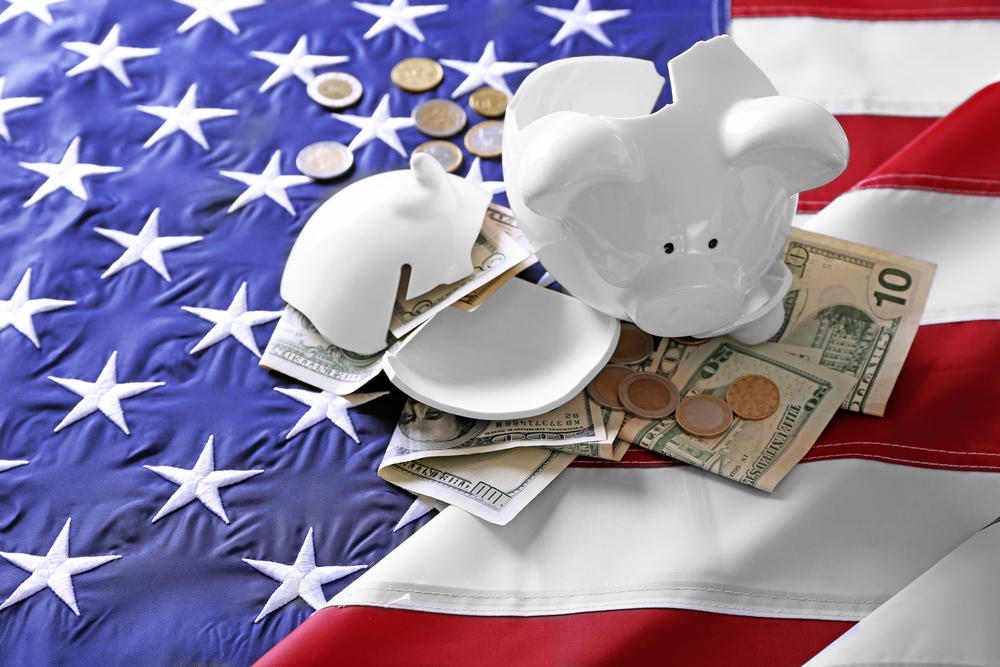 Of course, we don’t worry about debt anymore. That is sooo 20th century. This is the 21st century. Debt doesn’t matter.

What seems to matter are the more symbolic issues. The Dreamers, for example.

It was okay for the president to betray conservatives on the money issues… but let him agree to offer refuge to hundreds of thousands of migrant children… and “conservatives” are up in arms.

It is further proof — if any were needed — that this comedy is going to turn into a farce… and end as a tragedy.

We’re going broke… and no one cares. Certainly, we don’t care. People get what they deserve.

Our job is only to try to understand what it is that they deserve… to anticipate it… and make sure we don’t get it, too!

Last Friday, we went to Paris to meet with Jim Rickards.

The ex-general counsel for hedge fund Long-Term Capital Management, CIA advisor, best-selling financial author, and Wall Street veteran told us that we are too naïve.

It’s coming on its own accord — a natural and inevitable consequence of the feds’ meddling. According to Jim, the authorities are actually looking forward to it… planning for it… and helping to cause it.

On that last point, we have no doubt.

Their ham-fisted, pigheaded program is bound to lead to a crisis. Specifically, the problem that caused the crisis of 2007 — too much debt — was not resolved; it was made worse.

The Fed, confronted with a debt crisis of its own making, did the only thing it could do — it lowered interest rates to encourage more borrowing. Now, there is more debt than ever. And the same people who caused the crisis are still running the banks, the regulatory agencies, the corporations, and all the other institutions that made the crisis possible.

Why were none of the problems corrected? We attribute this to simple self-interest: The insiders live on debt. Of course, they are always going to want more of it. But this is more than a matter of chance, imbecility, and swinishness.

“It was no accident that Congress passed that Patriot Act so quickly after 9/11,” Jim told me. “They were waiting for it.”

A crisis is an opportunity. And in the next crisis — which could be days, weeks, or months away — the feds will further tighten the noose around our necks.

What they don’t know — and don’t want to know — is how to run an economy properly.

Still, every elite eventually goes too far… every empire dies… and, in the final act, every jackass gets what he’s got coming.