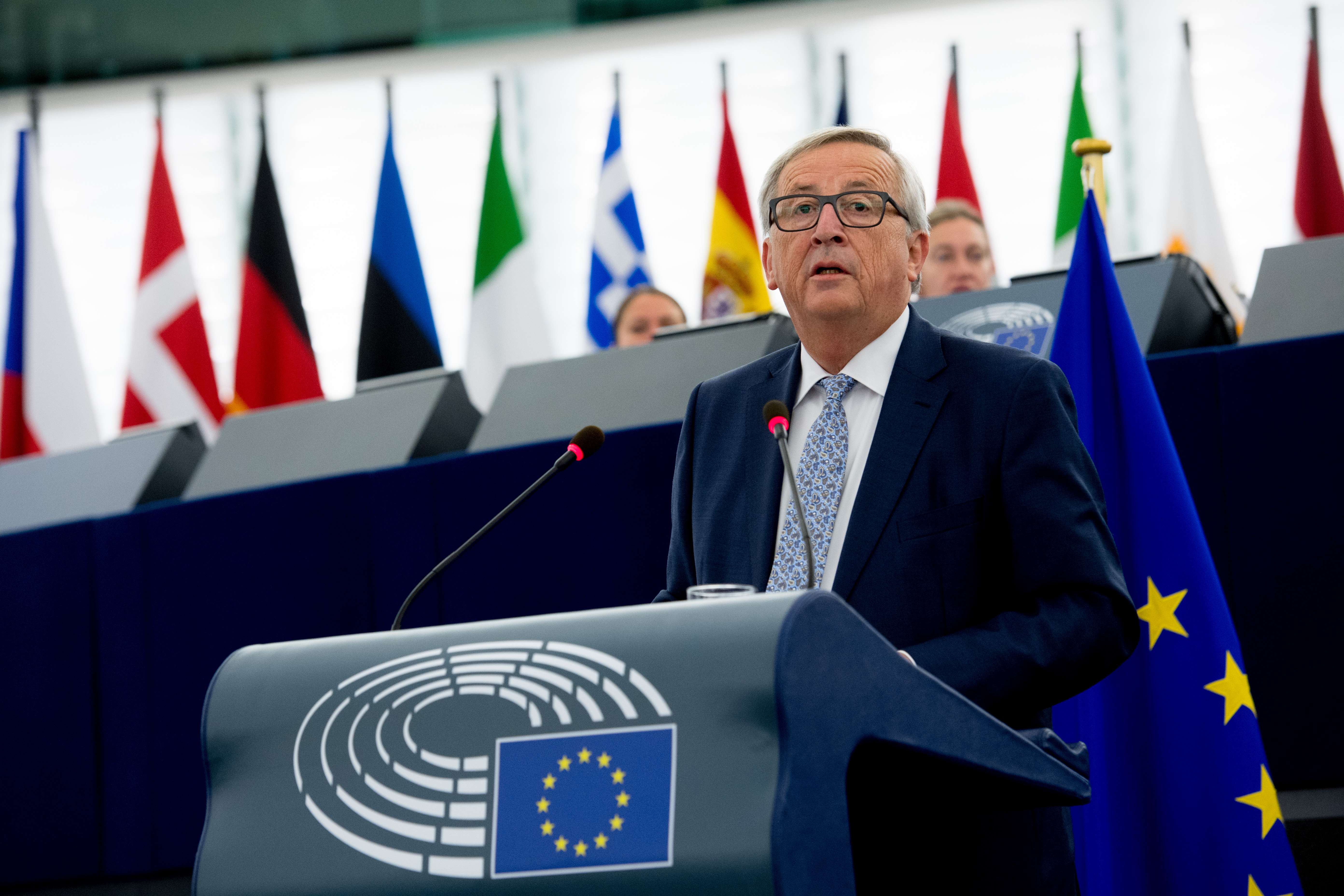 Juncker, in his second to last state of the union speech, has argued for a more united and effective EU that is based on freedom, equality and the rule of law, and signalled that he wants all EU countries to become full eurozone and Schengen area members by 2019 – except those with opt-outs.

He described a post-Brexit EU with all member states part of the banking union, where there are funds to protect the euro, reinforced social standards, and a defence union. He also wants to see the EU take on a stronger role internationally.

In a personal tone, Juncker told MEPs in Strasbourg that the “wind is back in Europe’s sails”, but warned that the “window of opportunity” for reforms and winning the hearts and minds of citizens will not stay open forever.

“We have been slowly but surely gathering momentum,” said Juncker in his speech, while playing down the issue of Brexit – only specifically mentioning it an hour into his address.

He proposed a special EU summit in Sibiu, Romania, on 30 March 2019 – one day after the UK leaves the bloc – to take decisions on the reformed EU.

One of his other key ideas is to merge the presidencies of the European Commission and the European Council into a single position, in order to have one clear leader of the EU.

“Europe would be easier to understand if one captain was steering the ship,” he argued.

Juncker also advocated for a Europe that is more active on the global stage, in trade and foreign policy.

He said the bloc should start free trade negotiations with Australia and New Zealand and close the deals by the end of his term.

The commission president also seeks to give the EU new powers on screening foreign investments in strategic European sectors, an idea put forward by French president Emmanuel Macron at the last EU summit.

Juncker said foreign policy decisions should not be taken by unanimity, but instead by qualified majority voting, to make decision-making quicker. He also foresees a “fully-fledged” defence union by 2025.

Without specifically mentioning Hungary and Poland, Juncker warned the two countries to respect the rule of law, and the rulings of the European Court of Justice (ECJ).

Recently, Poland has defied ECJ rulings on logging in the primeval Bialowieza forest, and Hungary has reneged on EU migration quotas.

“The judgements of the court have to be respected by all. To undermine them, or to undermine the independence of national courts, is to strip citizens of their fundamental rights,” Juncker argued.

“The rule of law is not optional in the European Union. It is a must,” he added.