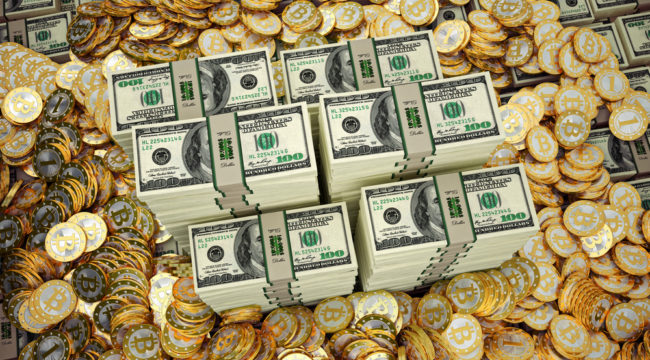 Who then, Mr. Garfield, controls the money supply of bitcoin?

In its purest form, bitcoin is a peer-to-peer digital currency.

That is, no single user — or bitcoin miner, for that matter — enjoys power over another.

In a decentralized system, like bitcoin, there is no head of the snake.

“Decentralized systems are a hydra. Cut off one head and two more pop in to take its place,” says author Daniel Jeffries.

As long as you have an internet connection, bitcoin allows you to bask in the glory of a borderless currency — one that lies far beyond the reach of any single government or dictator.

You see, bitcoin has quickly risen to challenge the oldest monopoly on Earth — money.

Heck, economist Panos Mourdoukoutas writing in Forbes went as far as saying China “is just the beginning rather than the end of recent efforts by big governments around the world to turn bitcoin back into what once was — an exotic currency for the tech savvy and romantic radicals.”

Of course they are!

But this “crypto genie” isn’t going back into his bottle.

It’s an idea whose time has come. And governments can’t stop it.