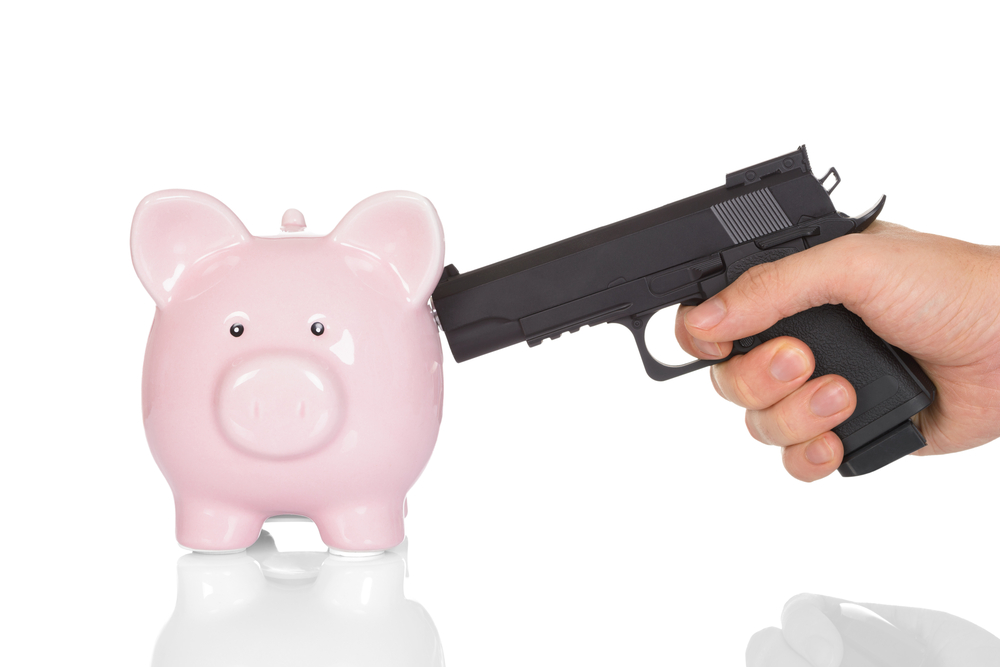 Cash is of course the coin of these evil realms.

But in Mr. Andrew’s estimation, the satanry is not limited to blackguards, cutthroats and scofflaws…

No… the everyday consumer under freedom is “part of the problem.”

This free-choosing consumer clings to an ancient and irrational attachment to his cash note.

Strip this hellcat of his legal rights…

Andrews and his cashless band propose that anyone using cash must obtain a “valid” receipt he can present to authorities.

Without that receipt, the cash-paying freeman is a man without standing in law or equity, a man outside justice:

“We intend to examine the merits of consumer-focused sanctions,” pledges Mr. Andrews, “including the loss of consumer protections, warranties and legal rights for people who make cash payments without obtaining a valid receipt.”

You may wish to read that bit again.

“Lighter-touch approaches” he reasons, “will be more appropriate in many cases.”

But Australian politician David Leyonhjelm sees right through the shiny public relations gloss… and exposes the agenda lying back of it:

“The only people who are distressed by the cash economy are the government and the public servants who want to spend taxes. It’s a reaction to the level of taxes we pay.”

Governments always use money laundering, drug dealing and terrorism as an excuse to keep tabs on honest citizens and deprive them of the ability to use money alternatives such as physical cash and gold.

But the so-called “cashless society” is just a Trojan horse for a system in which all financial wealth is electronic and represented digitally in the records of a small number of megabanks and asset managers.

But let us now raise this question…

Can the acceleration of the war on cash be why cryptocurrencies like bitcoin are having such a moment right now?

It would be ironic.

These wispy digital currencies are certainly not cash — much less gold.

Yet they are privately managed. And their heavy encryption puts them beyond the grasping hands of central banks and snooping elites.

As we suggested last week, perhaps that’s why citizens of China and Japan have been herding into cryptocurrencies.

That buying spree has been largely responsible for bitcoin’s most recent surge.

But bitcoin has also caught fire in India, where last year a government decree essentially eliminated 86% of the nation’s cash.

All bills above the U.S. equivalent of a $5 bill were outlawed overnight.

And in economic war zone Venezuela, bitcoin has become the leading parallel currency — at least for those who can afford it.

This is a famished nation where even basic foodstuffs have vanished from the shelves and the inflation rates approaches 2,000%.

But Crypto Insider reports that bitcoin users have been able to keep body and soul together by purchasing food through online marketplaces such as Amazon.com.

But if “civilized” Western governments like Australia are looking to deny cash users basic legal rights… “civilized” may require an entirely new definition.