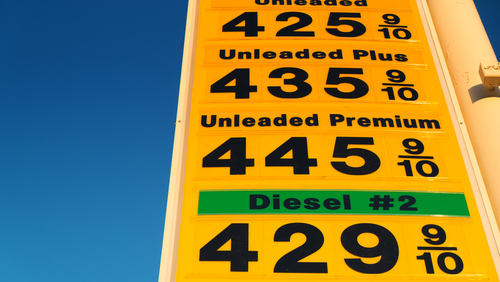 As I write this, WTI is struggling to hold $43 per barrel and is sinking like a rock.

This recent oil price decline is more likely being caused by the market focusing not on the full picture, but rather on one stubbornly bearish detail:

The amount of oil held in storage in the United States…

Oil Is a Global Commodity

It has been a long time since this particular piece of data provided much for oil bulls to be optimistic about. U.S. oil inventory (storage) levels continue to remain stubbornly high, and that is weighing heavily on the price of oil.

It isn’t wrong to look to U.S. inventory levels to try to understand the supply-and-demand fundamentals in the oil market. I even understand why these U.S. figures get so much attention.

This is the most transparent source of data that is available to oil traders. Further, these data belong to the country that consumes by itself roughly one-fifth of global oil supply on a daily basis.

Why U.S. Inventories Have Been Slow to Show This Rebalancing

OPEC and non-OPEC producers agreed last fall to reduce production by 1.8 million barrels per day starting on Jan. 1, 2017. Compliance with those agreed cuts has actually been very high, almost 90%.

You can’t take almost 1.8 million barrels per day of production out of global oil supply and not have the market tighten significantly.

The problem is that global oil market data are notoriously unreliable and the information passed on by the media is often contradicting.

That is why everyone focuses so much on U.S. inventory levels. It is the one piece of data that traders believe to be accurate. Nothing else gets much attention.

It seems that the Saudis may have finally figured out that the key to improving the price of oil isn’t just to cut production, but to make sure those cuts show up here in the United States.

Once that happens we should start to see a more bullish (and accurate) view of the global oil supply-and-demand fundamentals hit the mainstream. This would mean that now is a great time to be once again looking at bonds of oil producing companies.