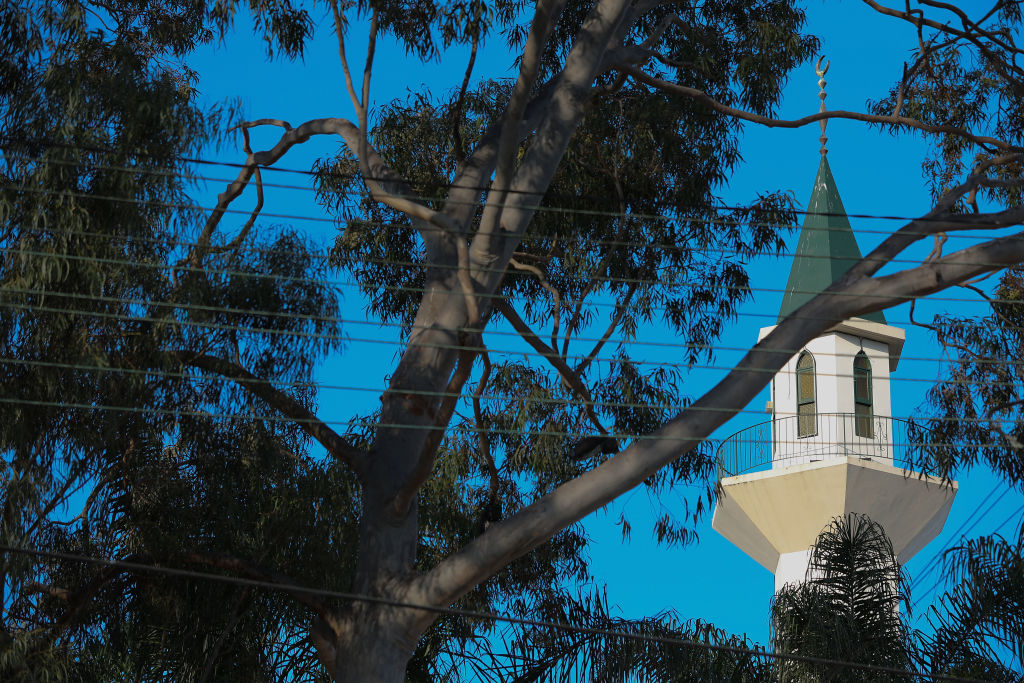 What legacy did Australia’s former Grand Mufti, Sheikh Taj Din al-Hilali — named “Muslim Man of the Year” in 2005 and the country’s most senior, longest-serving (1988-2007) Muslim cleric — leave behind?

In 1988, when Hilali was imam of the largest mosque in Australia, he gave a speech at Sydney University in which he described Jews as the cause of all wars and the existential enemy of humanity.

In July 2006, he called the Holocaust a “Zionist lie” and referred to Israel as a “cancer”.

In October 2006 — insinuating that the long prison sentences handed to Sydney’s Lebanese gang-rapists for attacking young teenage girls in the year 2000, were unfair — he compared Australian women who do not wear the Islamic veil to meat left uncovered in the streets and then eaten by cats. During his long career, Hilali also praised suicide bombers as heroes and called the September 11, 2001 terror attacks in the United States “God′s work against oppressors” and “the work of 100 percent American gangs”.

At the time, Hilali’s principal adviser and spokesperson, Keysar Trad, wrote, “The criminal dregs of white society colonised this country and… the descendants of these criminal dregs tell us that they are better than us.” Trad subsequently served as president of the Australian Federation of Islamic Councils — the national umbrella organization, which represents Australian Muslims at national and international level — from July 2016 until May 2017.

According to Australian senator Cory Bernardi:

“In 2009, the New South Wales Supreme Court found that Mr. Trad ‘incites people to commit acts of violence’, ‘incites people to have racist attitudes’ and is a ‘dangerous and disgraceful individual’… When talking about the gang rape of young women in Sydney by a group of Lebanese men… Mr. Trad … described these types of perpetrators as ‘stupid young boys’… Mr. Trad did not condemn Sheikh Hilali’s disgraceful comments about women being ‘uncovered meat’ in a speech about rape. Instead Mr. Trad chose to defend that speech and the sheikh’s comments”.

In February, Trad told Sky News presenter Andrew Bolt that an angry husband can beat his wife as “a last resort” but should only use his fists against her once he sees that “counselling” — chocolate and flowers, according to Trad — does not work.

Trad also called for the introduction of polygamy in Australia. He said that taking a second wife was “an alternative to divorce”, as, “in our religion, god hates divorce”.

Recently, in May 2017, after an emergency election, Rateb Jneid replaced Trad as president of the Australian Federation of Islamic Councils.

Since 2011, Ibrahim Abu Mohamed, who does not speak English and relies on translators, has been the Grand Mufti of Australia. In 1995, before moving to the West, Abu Mohamed wrote:

The Royal Commission into Institutional Responses to Child Sexual Abuse, which has spent the past four years probing numerous religious organizations, including Catholics, Anglicans, Pentecostals, Jews, Jehovah’s Witnesses and obscure cults numbering a negligible amount of members, such as new age ashrams, has made no inquiries into Islam. The commission has held 6,500 one-on-one private interview sessions with survivors or witnesses making allegations of child sexual abuse within institutions, but only three sessions in relation to Islamic institutions.

Four Islamic terrorist attacks, including the Lindt Café siege in Sydney in December 2014, in which the manager and a mother of three were killed, have taken place in Australia. Eleven attacks have been foiled, including planned public beheadings. This statistic does not include the January 2017 car-ramming in Melbourne. The driver, Dimitrious Gargasoulas, murdered six people, including children, and wounded 20 others, when he plowed his car into pedestrians. Even though a witness claimed that Gargasoulas was shouting “Allahu Akbar”, police refused to treat the event as a terrorist attack and even allegedly told a reporter to remove her interview with the witness from the internet. Gargasoulas had apparently converted to Islam prior to the attack and told the judge in a subsequent court hearing, “Your Honour, did you know the Muslim faith is the correct faith according to the whole world?”