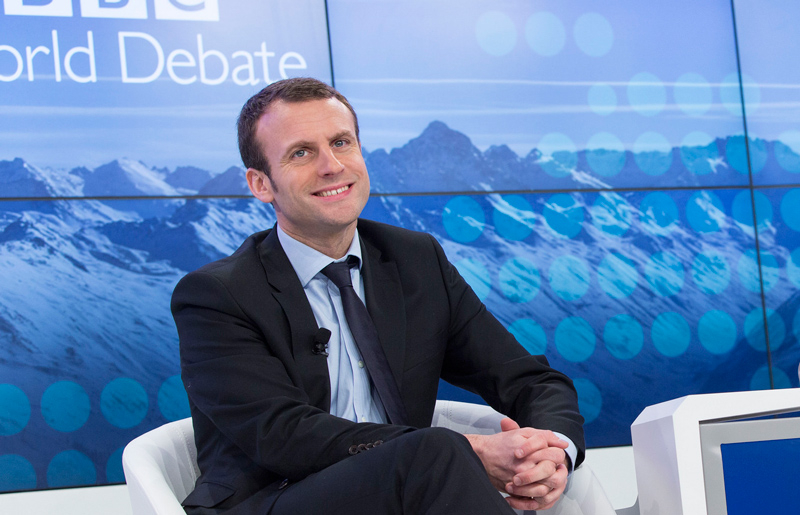 During the cold war with the Soviet Union, they were called “Useful Idiots”. These people were not members of the Communist Party, but they worked for, spoke in favor of and supported the ideas of Lenin and Stalin. In the 21st century, Communism is finally dead but Islamism has grown and is replacing it as a global threat.

Like Communism, Islamism — or Islamic totalitarianism — has been collecting its “Useful Infidels” the same way Communism collected its Useful Idiots. There is, however, an important difference: under the Soviet Union, Useful Idiots were intellectuals. Now, Useful Infidels are politicians, and one of them may be elected president of France today.

Emmanuel Macron, Useful Infidel, is not a supporter of terrorism or Islamism. It is worse: he does not even see the threat. In the wake of the gruesome attacks of November 13, 2015 in Paris, Macron said that French society must assume a “share of responsibility” in the “soil in which jihadism thrives.”

“Someone, on the pretext that he has a beard or a name we could believe is Muslim, is four times less likely to have a job than another who is non-Muslim,” he added. Coming from the direction of Syria and armed with a Kalashnikov and a belt of explosives would, according to him, be a gesture of spite from the long-term unemployed?

Macron comes close to accusing the French of being racists and “Islamophobes”. “We have a share of responsibility,” he warned, “because this totalitarianism feeds on the mistrust that we have allowed to settle in society…. and if tomorrow we do not take care, it will divide them even more “.

Consequently, Macron said, French society “must change and be more open.” More open to what? To Islam, of course.

Moreover, on April 6, during the presidential campaign, professor Barbara Lefebvre, who has authored books on Islamism, revealed to the audience of the France2 television program L’Emission Politique, the presence on Macron’s campaign team of Mohamed Saou. It was Saou, apparently, a departmental manager of Macron’s political movement, “En Marche” (“Forward”), who promoted on Twitter the classic Islamist statement: “I am not Charlie”.

Sensing a potential scandal, Macron dismissed Saou, but on April 14, invited onto Beur FM, a Muslim French radio station, Macron was caught saying on a “hot mic” (believing himself off the air): “He [Saou] did a couple things a little bit radical. But anyway, Mohamed is a good guy, a very good guy”.

Is Saou an isolated case? Of course not. On April 28, Mohamed Louizi, author of the book Why I Quit Muslim Brotherhood, released a detailed article on Facebook that accused Macron of being a “hostage of the Islamist vote”. Republished by Dreuz, a Christian anti-Islamist website, Louizi’s article gave names and dates, explaining how Macron’s political movement has largely been infiltrated by Muslim Brotherhood militants. It will be interesting to see how many of them will be candidates in Macron’s movement in the next parliamentary elections.

On April 24, the Union of Islamic Organisations of France (UOIF), generally known as the French representative of Muslim Brotherhood, publicly called on Muslims to “vote against the xenophobic, anti-Semitic and racist ideas of the National Front and [we] call to massively vote for Mr. Macron.”

Is Macron an open promoter of Islamism in France? It is more politically correct to say that he is a “globalist” and an “open promoter of multiculturalism”. As such, he apparently does not consider Islamism a national threat because, for him, the French nation, or, as he has said, French culture, does not really exist. Macron has, in fact, denied that France is a country with a specific culture, a specific history, and a specific literature or art. On February 22, visiting the French expatriates in London, Macron said: “French culture does not exist, there is a culture in France and it is diverse”. In other words, on French territory, French culture and French traditions have no prominence or importance over imported migrant cultures. The same day, in London, he repeated the offense: “French art? I never met it!”

Because he is a politician, Macron is not addressing the French people as a whole. He is addressing different political customer bases. When visiting Algeria, Macron said that colonization was a “crime against humanity”. He evidently hoped this remark would help him to collect the votes of French citizens of Algerian origin.

During the presidential campaign, Macron was always saying to people what they wanted to hear. French people may well be on their way to discovering that for Macron, belonging to a homeland, thinking of borders and defining oneself as belonging to a mother language or a specific literature or art, is nothing more than junk.