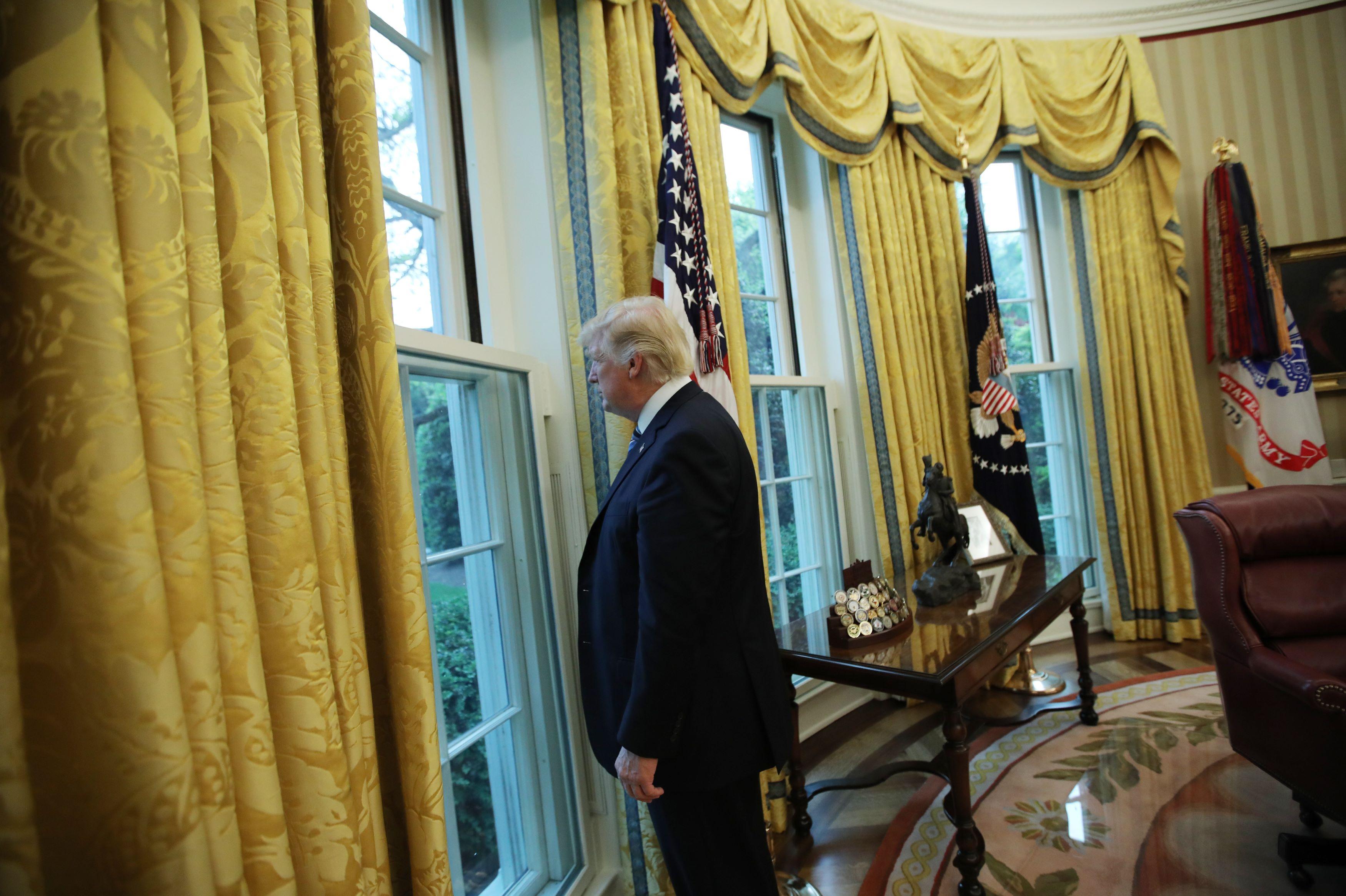 U.S. President Donald Trump looks out a window of the Oval Office following an interview with Reuters at the White House in Washington, U.S., April 27, 2017. REUTERS/Carlos Barria

U.S. President Donald Trump said on Thursday a major conflict with North Korea is possible in the standoff over its nuclear and missile programs, but he would prefer a diplomatic outcome to the dispute.

“There is a chance that we could end up having a major, major conflict with North Korea. Absolutely,” Trump told Reuters in an Oval Office interview ahead of his 100th day in office on Saturday.

Nonetheless, Trump said he wanted to peacefully resolve a crisis that has bedeviled multiple U.S. presidents, a path that he and his administration are emphasizing by preparing a variety of new economic sanctions while not taking the military option off the table.

In other highlights of the 42-minute interview, Trump was cool to speaking again with Taiwan’s president after an earlier telephone call with her angered China.

He also said he wants South Korea to pay the cost of the U.S. THAAD anti-missile defense system, which he estimated at $1 billion, and intends to renegotiate or terminate a U.S. free trade pact with South Korea because of a deep trade deficit with Seoul.

Asked when he would announce his intention to renegotiate the pact, Trump said: “Very soon. I’m announcing it now.”

Trump also said he was considering adding stops to Israel and Saudi Arabia to a Europe trip next month, emphasizing that he wanted to see an Israeli-Palestinian peace. He complained that Saudi Arabia was not paying its fair share for U.S. defense.

Trump said North Korea was his biggest global challenge. He lavished praise on Chinese President Xi Jinping for Chinese assistance in trying to rein in Pyongyang. The two leaders met in Florida earlier this month.

“With that being said, he loves China and he loves the people of China. I know he would like to be able to do something, perhaps it’s possible that he can’t,” Trump said.

Trump, asked if he considered North Korean leader Kim Jong Un to be rational, said he was operating from the assumption that he is rational. He noted that Kim had taken over his country at an early age.

“He’s 27 years old. His father dies, took over a regime. So say what you want but that is not easy, especially at that age.