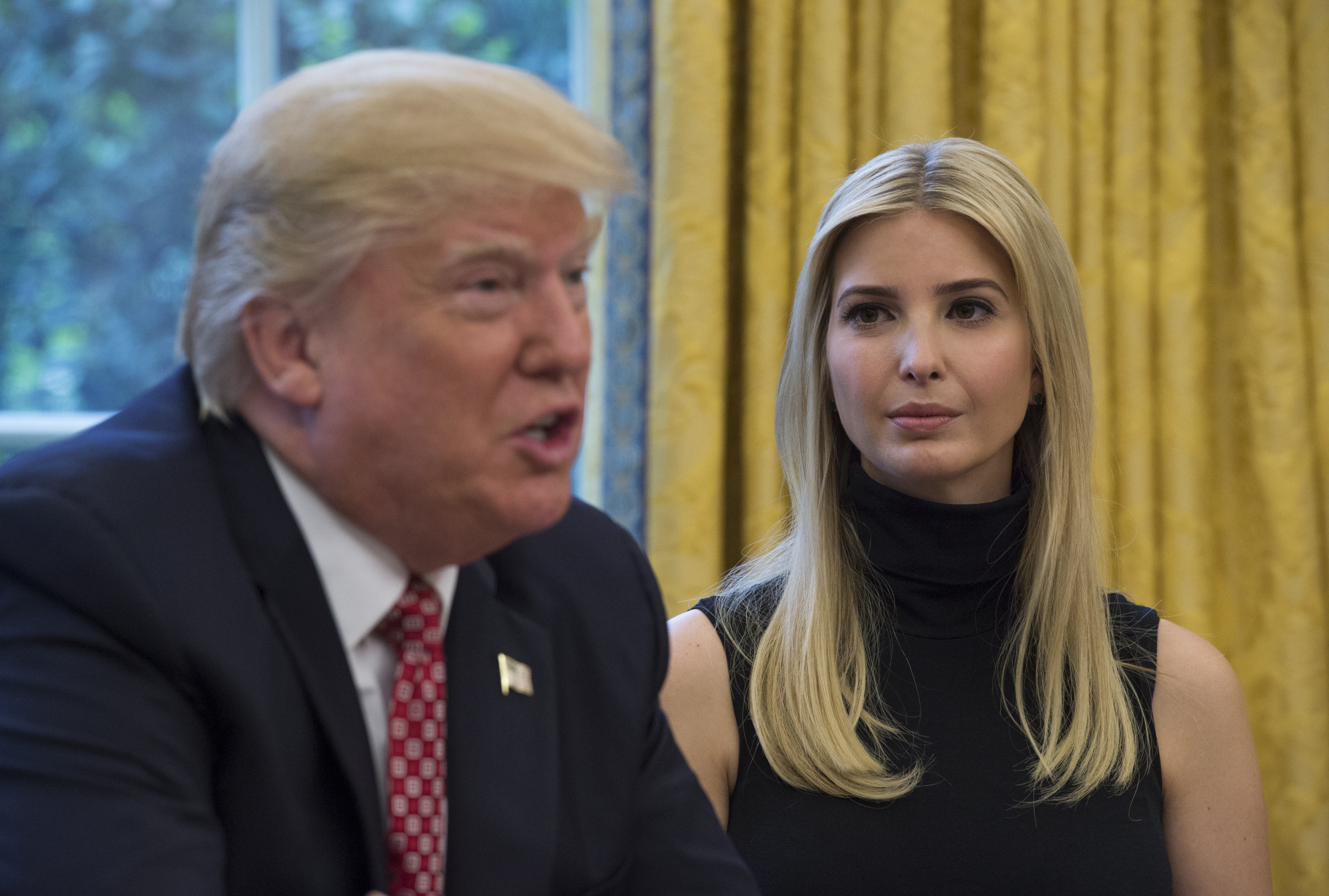 While Angela Merkel and Ivanka Trump don’t have a lot in common, Germany’s chancellor is seeking out President Donald Trump’s daughter as a back channel to moderate his views. Merkel was impressed with Ivanka Trump’s seriousness on global issues when they first met at the White House in March, and hopes she’ll be a conduit for influence, according to three German government officials.

An indication of the two women’s personal chemistry will be on show in Berlin on Tuesday, when they share the stage at a forum of female leaders at Merkel’s invitation. With the U.S. administration’s policies still in flux, Trump’s family adviser is making the capital of Europe’s biggest economy her first foreign destination as a presidential envoy. How well she and Merkel bridge the gulf in their backgrounds may determine the tone of future relations between the U.S. and Europe.

“This is typical Merkel — she works with what she has,” Andrea Roemmele, a political science professor at the Hertie School of Governance in Berlin, said by phone. Given Ivanka Trump’s closeness to the president, “it’s very wise of Merkel” to seek her her out, said Roemmele. “That’s what you call Realpolitik.”

Merkel was struck by Ivanka Trump’s elevated role and appreciated that she spoke up several times during the White House meetings, including on global health and women’s leadership, according to two of the German officials. The chancellor tends to relate well to women, one of them said.

Two weeks later, Trump appointed his daughter as an unpaid assistant to the president, easing German concern that dealing with an unofficial family adviser might run afoul of diplomatic protocol.

On the eve of the first daughter’s visit, Trump and Merkel discussed Syria, Yemen and “the urgent security challenge posed by North Korea” in a phone call, according to a White House statement. Trump also reaffirmed the administration’s support for German-French peace efforts in eastern Ukraine.

Merkel invited the president’s daughter precisely because she expressed “great interest” in women’s empowerment when they talked at the White House, Ulrike Demmer, a German government spokeswoman, said Friday.

“It would be foolish not to put such a channel to use,” Hardt said.