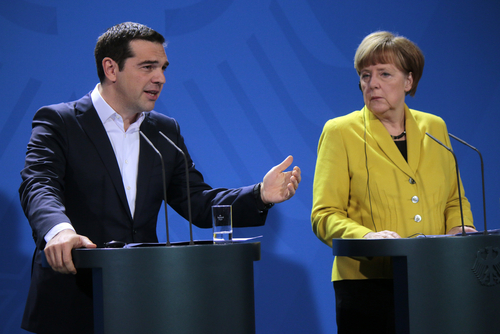 Greek Prime Minister Alexis is finally getting some backbone thanks to BREXIT. He has now warned the IMF and the German Federal Minister of Finance Wolfgang Schäuble and Merkel along with the Troika, that they should no longer “play with the fire” in the Greek debt crisis. The Troika’s demands have been an all or nothing approach to subjugate Greece. They have pushed Greece beyond human endurance and the EU will pay the price.

At the opening of a party day of his left-wing Syriza, Tsipras said Saturday that the positions of Schäuble and the International Monetary Fund (IMF) were totally responsible for the current blockade in the negotiations between Athens and its creditors. Our model has highlighted that Greece looks to be on the verge of a renewal and that will ONLY come if they abandon the Euro. If Greece moves to a referendum, the EU will be finished. If Le Pen wins in May, the EU is finished. This is why Juncker has said he will be stepping down.