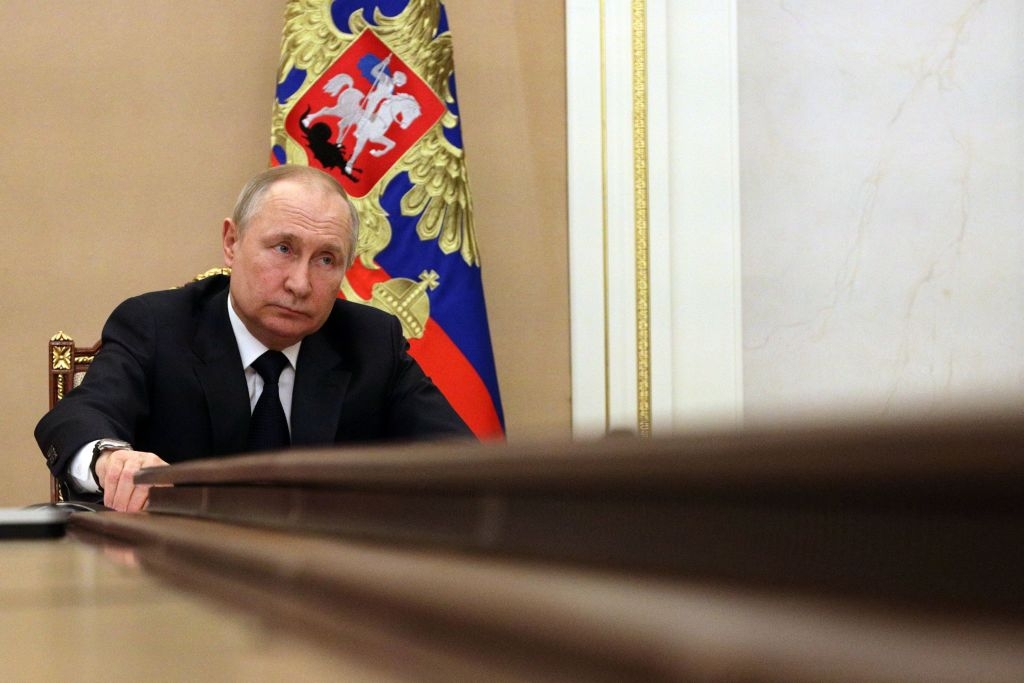 The growth of Britain’s Muslim population can be attributed to immigration, high birth rates and conversions to Islam.

Islam and Islam-related issues, omnipresent in Britain during 2016, can be categorized into five broad themes: 1) Islamic extremism and the security implications of British jihadists in Syria and Iraq; 2) the continuing spread of Islamic Sharia law in Britain; 3) the sexual exploitation of British children by Muslim gangs; 4) Muslim integration into British society; and 5) the failures of British multiculturalism.

January 3. A jihadist with a London accent appeared in an Islamic State propaganda video after the group executed five men accused of spying for the UK. The masked gunman warned Prime Minister David Cameron that the West could never defeat the Islamic State. The video also showed a young boy, aged around four and with a British accent, threatening to kill non-Muslims.

January 4. British officials traveled to Sudan to stanch the flow of UK-born medics joining the Islamic State. More than a dozen British doctors studying at Sudan’s University of Medical Sciences and Technology (UMST) have joined the Islamic State to treat jihadists in Syria. Parents said they had sent their children to study in Sudan to reconnect them with their African and Islamic roots before returning to practice medicine in Britain.

January 4. The Jamiatul Ummah School in Tower Hamlets, East London, failed an inspection when investigators from Ofsted, the official agency that regulates British schools, found extremist material in its library, including books that call for stoning women.

January 5. Pastor James McConnell, a 78-year-old pastor from Belfast, was cleared of charges that he violated the Communications Act 2003 when, in a sermon broadcast on the internet, he described Islam as “heathen,” “Satanic” and “a doctrine spawned in hell.” Judge Liam McNally said: “The courts need to be very careful not to criticize speech which, however contemptible, is no more than offensive. It is not the task of the criminal law to censor offensive utterances.”

January 6. A House of Commons briefing paper on polygamy revealed that recent reforms to the social security system would allow migrants in polygamous marriages to claim additional benefits payments. Although polygamy is illegal in Britain, some 300,000 people are believed to be living in such unions in the country.

January 6. The Joint Council for Qualifications (JCQ), which represents examination boards in England, Wales and Northern Ireland, reached an agreement with Muslim groups to reschedule crucial exams during the next three years to avoid clashing with Ramadan, when observant Muslim pupils would be expected to fast.

January 15. London Police released video footage of a hijab-clad woman who tried to stab a 15-year-old boy on a bus in Lambeth.

January 16. Foreign Secretary Philip Hammond revealed that some 1,500 Britons tried to join the Islamic State since 2012. An estimated 800 people, mostly jihadists and family members, successfully entered Syria; roughly half are still there. Another 600 were stopped, either as they tried to leave Britain, or after arriving in Turkey.

January 18. Prime Minister David Cameron announced a plan to invest £20 million (€33 million; $28 million) in English classes for Muslim women to reduce the risk of extremism. He said migrants to Britain who cannot pass an English test within 2-1/2 years of arriving may not be allowed to stay. British Muslim groups accused Cameron of demonizing their communities.

January 19. Muhammad Shamsuddin, a 39-year-old London-based Islamist, was featured in a new documentary called “The Jihadis Next Door.” Shamsuddin, a divorced father of five who lives on state handouts and claims he cannot work because he has “chronic fatigue syndrome,” was filmed preaching hate against non-Muslims on British streets.

January 22. The Bishop of London, Richard Chartres, called on British clergymen to grow beards to reach out to Muslims in their areas.

January 24. Behar Kasemi, a 42-year-old refugee from Kosovo, was jailed for four weeks after he threatened to cut out his wife’s heart because she had become “too English.” He told police: “In my country it is for the women to obey their husbands and look after the children.”

January 30. Three Somalis who gang-raped a 16-year-old girl after luring her into a hotel bathroom in Manchester were sentenced to a total of 29 years in prison. The men, who showed no remorse for their actions, were said to be living according to the laws of Somalia, not Britain.

February 16. A man in Scotland was arrested for posting a series of “offensive comments” about Syria refugees on Facebook. Twelve Syrian families arrived on the remote Scottish island of Bute as part of the Home Office’s Syrian Vulnerable Person Resettlement program.

February 29. Girls in Britain as young as 11 are being forced into marriage via the internet while others are being secretly wed over the phone. Imams in Britain and abroad have been conducting ceremonies using Skype to marry British girls remotely to men abroad. The new husband is often promised that he will get a visa to come to Britain.

March 4. Ali Abdullahi, a 34-year-old migrant from Somalia who sexually assaulted a 15-year-old girl at a train station in Torquay, told the Exeter Crown Court that the crime was a misunderstanding caused by “cultural differences.”

March 9. London is more “Islamic” than much of the Muslim world, according to Maulana Syed Ali Raza Rizvi, a prominent Shia cleric who was born in Pakistan. “I feel that London has more Islamic values than many of the Muslim countries put together,” he said.

March 9. An eight-year-old girl was taken into protective custody after a man and a woman were arrested at Heathrow Airport in connection with alleged female genital mutilation offenses. The girl was believed to have been taken Somalia to carry out FGM overseas.

March 11. Staff at a nursery in Luton referred a four-year-old boy to a de-radicalization program after the child drew an image of a man with a large chopping knife. Teachers said they believed he was saying “cooker bomb” instead of “cucumber.”

April 1. The first gym in Wales exclusively for Muslim women opened in Cardiff.

April 3. About 1,000 Muslim prisoners are at risk of being radicalized in British jails as part of “terrorist academies,” according to Lord Falconer, the shadow justice secretary.

April 4. Muslim extremists have turned part of the Gartree prison into a “no-go zone,” according to prison union leaders. They believe an entire block of the facility is being run under Sharia law.

April 13. A new study showed that a significant part of the British Muslim community is becoming a separate “nation within a nation.” The 615-page survey found that more than 100,000 British Muslims sympathize with suicide bombers. Only one in three British Muslims (34%) would contact the police if they believed that somebody close to them had become involved with jihadists. In addition, 23% of British Muslims said Islamic Sharia law should replace British law in areas with large Muslim populations.

May 1. Mubashir Jamil, a 21-year-old man from Luton, was arrested on suspicion of attempting to travel to Syria to engage in “violent jihad” with the Islamic State.

May 7. Labour Party politician Sadiq Khan was sworn in as mayor of London. He is the first Muslim to lead a major European capital. During the election campaign, Khan faced a stream of allegations about his past dealings with Muslim extremists and anti-Semites. British politician Paul Weston warned that Khan’s rise is a harbinger of things to come:

“The previously unthinkable has become the present reality. A Muslim man with way too many extremist links to be entirely coincidental is now the Mayor of London. In a couple more decades Britain may well have its first Muslim Prime Minister. Reality cannot argue with demographics, so the realistic future for Britain is Islamic.”

May 7. Mohammed Shaheen, a 43-year-old father of seven, was sentenced to 16 years in prison for raping underage schoolgirls. Shaheen, an immigrant from Pakistan, insisted he was a devout Muslim who had been framed by his victims.

May 8. Britain’s biggest Muslim charity branded hundreds of buses around the country with an Arabic slogan proclaiming “glory to Allah.” Islamic Relief said the initiative was an attempt to “break down barriers” during Ramadan and portray Islam in a positive light.

June 27. An article in the Economist magazine argued that some forms of female genital mutilation (FGM) should be allowed because “minor” forms of the practice might prevent girls from more extreme harm.

July 1. A Muslim taxi driver in Leicester refused to pick up a blind couple because they had a guide dog. “Me, I not take the dog,” the driver said. “For me, it’s about my religion.”

July 4. A Muslim man was ordered to bring his nine-year-old daughter back to Britain after taking her to Algeria and leaving her there with his relatives. The man said he did not approve of his estranged wife’s new partner, a Christian.

July 5. The Labour Party reinstated Naz Shah, a Muslim MP from Bradford who was suspended over anti-Semitic Facebook posts that called on Israelis be deported to the United States.

July 6. Abdelhadi Ahmed, 39, appeared at Chelmsford Magistrates’ Court on charges of forcing his wife to wear a headscarf outside her bedroom, banning her from speaking to other men and beating her.

July 7. Sana Khan, 24, who plotted a jihadist attack on a shopping center in Westfield had her sentence reduced for “good behavior.”

July 29. A Muslim street preacher in Birmingham was charged with public order offenses after he tried to enforce Sharia law on female passersby. Krissoni Henderson, 31, was arrested for allegedly shouting verbal abuse at a 38-year-old woman “for wearing tight jeans.”

October 2. The Daily Mail reported that dozens of Islamic schools continue to operate despite inspectors finding that pupils are unsafe, exposed to extreme views or unaware of basic British values. The findings suggested that a government crackdown on extremism in schools has been ineffective.

October 5. Manchester Crown Court sentenced Imran Khan, 38, to life in prison for murdering his wife. He admitted to stabbing her in the presence of their five children because it was “not halal” for her to be working with other men.

October 30. More than 25,000 signed a petition asking the government to allow public calls to prayer at least three times a day in areas with a high Muslim population. The petition stated:

“The adhan, or Islamic call to prayer, is an integral part of the Muslim faith. The number of people practicing the religion of Islam in the United Kingdom exceeds three million. Some neighborhood towns have more than 50% Muslim population. I believe it is the right time to … allow highly Muslim populated areas with a loud call for prayer at least three times a day.”

October 31. A “child refugee” from Afghanistan who was sent to Britain from the Calais Jungle camp in France claimed he was 16 but actually was 22. According to the law, unless a person who is seeking asylum appears to be “significantly” over the age of 18 they should be “afforded the benefit of the doubt and treated as children.”

December 5. A government-commissioned report recommended that migrants should swear an oath of allegiance as soon as they arrive in the UK. It said that Muslims living in the UK are increasingly identifying with a global Islamic “Ummah” (community), rather than with being British.

Full article: The Islamization of Britain in 2016 (Gatestone Institute)