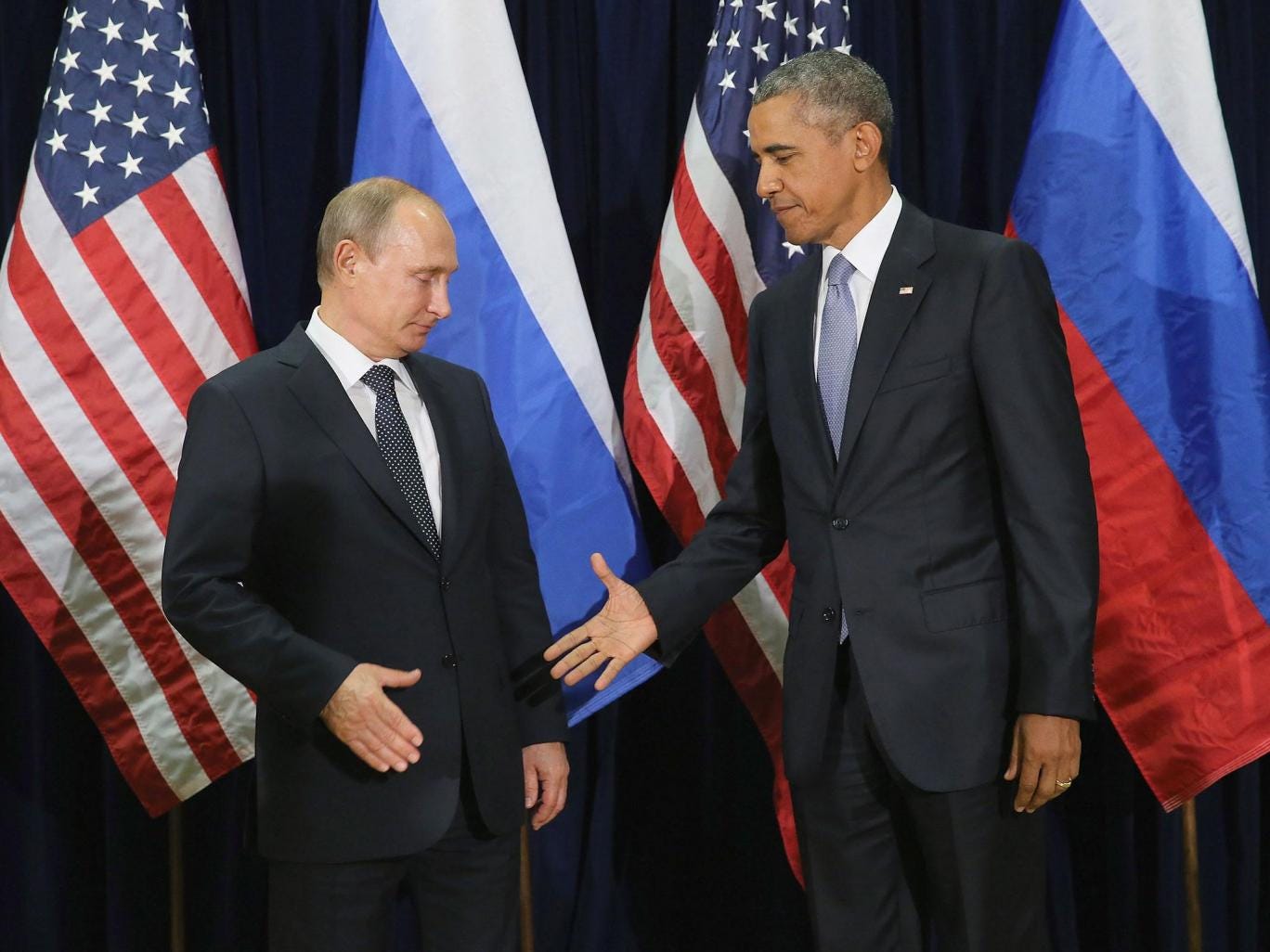 Russian President Vladimir Putin and US President Barack Obama shake hands for the cameras before the start of a bilateral meeting at the United Nations headquarters 28 September, 2015, in New York City (Chip Somodevilla/Getty Images)

The Kremlin has accused President Barack Obama’s administration of trying to damage relations with Russia to a degree that would make rebuilding them a challenge when Donald Trump becomes president.

Russian President Vladimir Putin’s foreign policy adviser, Yuri Ushakov, has alleged the Obama administration is “doing everything it can to drive bilateral ties into such a deadlock” that a new administration would find it difficult to re-establish productive ties “if it wishes to do so”.

Mr Ushakov said Mr Putin’s phone call with President-elect Trump revealed a “shared desire to join efforts in the fight against terrorism” that creates a “good basis for future work on the Syrian problem”.

The President-elect previously reasserted his campaign position, saying assisting the Syrian government in fighting Isis should be the US’ main objective.

“I’ve had an opposite view of many people regarding Syria. My attitude was you’re fighting Syria, Syria is fighting Isis, and you have to get rid of Isis,” he said in an interview with the Wall Street Journal.

He has also been eager to mend ties with Russia, Syria’s long-term ally and military backer in its civil war.