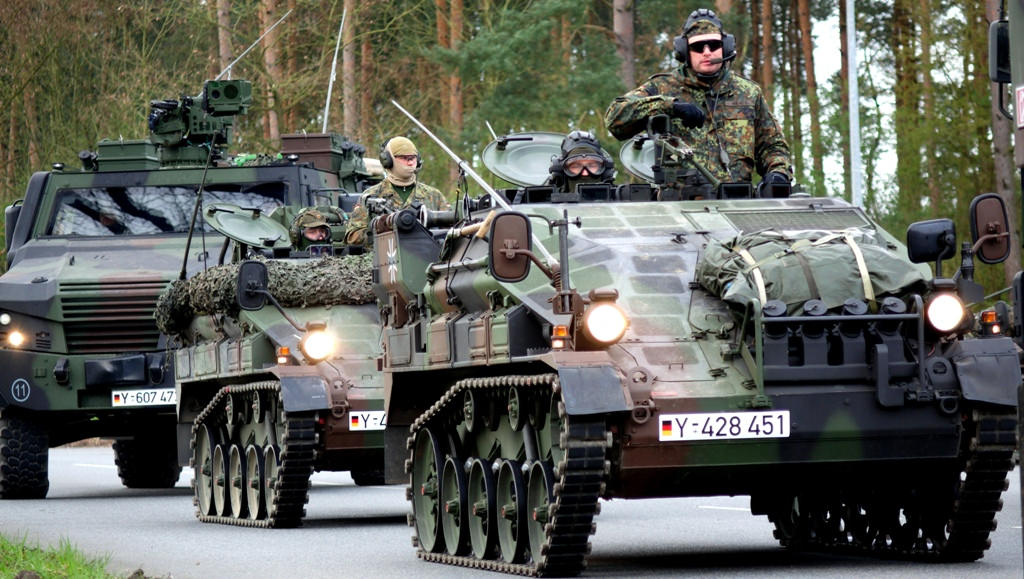 A jumbo-sized meeting of 56 EU foreign and defence ministers endorsed a plan to create a mini military HQ and to have joint rapid-reaction forces on Monday (14 November).

The EU foreign service will create the HQ, called “a permanent operational planning and conduct capability”, which will command “non-executive military missions”, such as training the Libyan or Iraqi military, but not combat.

They also agreed that the EU needed its own joint forces that could be sent, if needed, to “situations of high security risk in the regions surrounding the EU”, for instance, in Africa, but said those types of operations would be commanded out of national HQs.

They said that battlegroups – battalion-sized forces made by small coalitions of member states – could form the core of the new “multifunctional civilian and military capabilities”.

EU battlegroups have existed for 10 years, but have never seen action, in part, because participating states never wanted to foot the bill.

Monday’s plan said battlegroups should be funded by the EU budget and that there should be other financial incentives, such as relaxed EU budget limits, for member states that invest more in defence.

Paolo Gentiloni, Italy’s foreign minister, said the mini HQ in the EU foreign service was “not yet a European general staff” but “that was the premise” of the project in terms of future development.

EU foreign affairs chief Federica Mogherini said “there was a growing awareness among the European public … that security is also a matter for the EU”.

She said the EU military capabilities would not amount to an “EU army” that could defend Europe from external aggression the same way as Nato.

“It’s not about doing European Union territorial defence, Nato is there for that, there are allies and others who have their own capacities, for that”, she said.

“It’s more than just ‘blah, blah, blah’,” an EU diplomat said. “There’s a new level of political ambition and a document with concrete tasks and a detailed timetable for implementation”, he said.

The plans are to be taken forward over the course of the next year, with a progress review scheduled for June.

Mogherini said that the EU military rethink pre-dated the US vote and began after last year’s Paris terrorist attacks.

“We started this process well before the US elections and we would have discussed this document no matter what the result would have been,” she said.

She said it was too early to know what Trump would do, but added “there’s a need for Europeans to take care of themselves” in security terms.

French foreign minister Jean-Marc Ayrault said “the uncertain nature of the world was already there, it didn’t start with the election of Mr Trump”.

He said Trump’s campaign speeches had indicated that the US could turn away from Europe, however.

Its foreign minister Witold Waszczykowski said there “cannot be some kind of [EU] rivalry with Nato, with the US”.

Trump’s victory has been greeted by thinly disguised horror in many European capitals.