An update from yesterday’s post where Duterte was naming and shaming the United States for cutting off weapons sales. 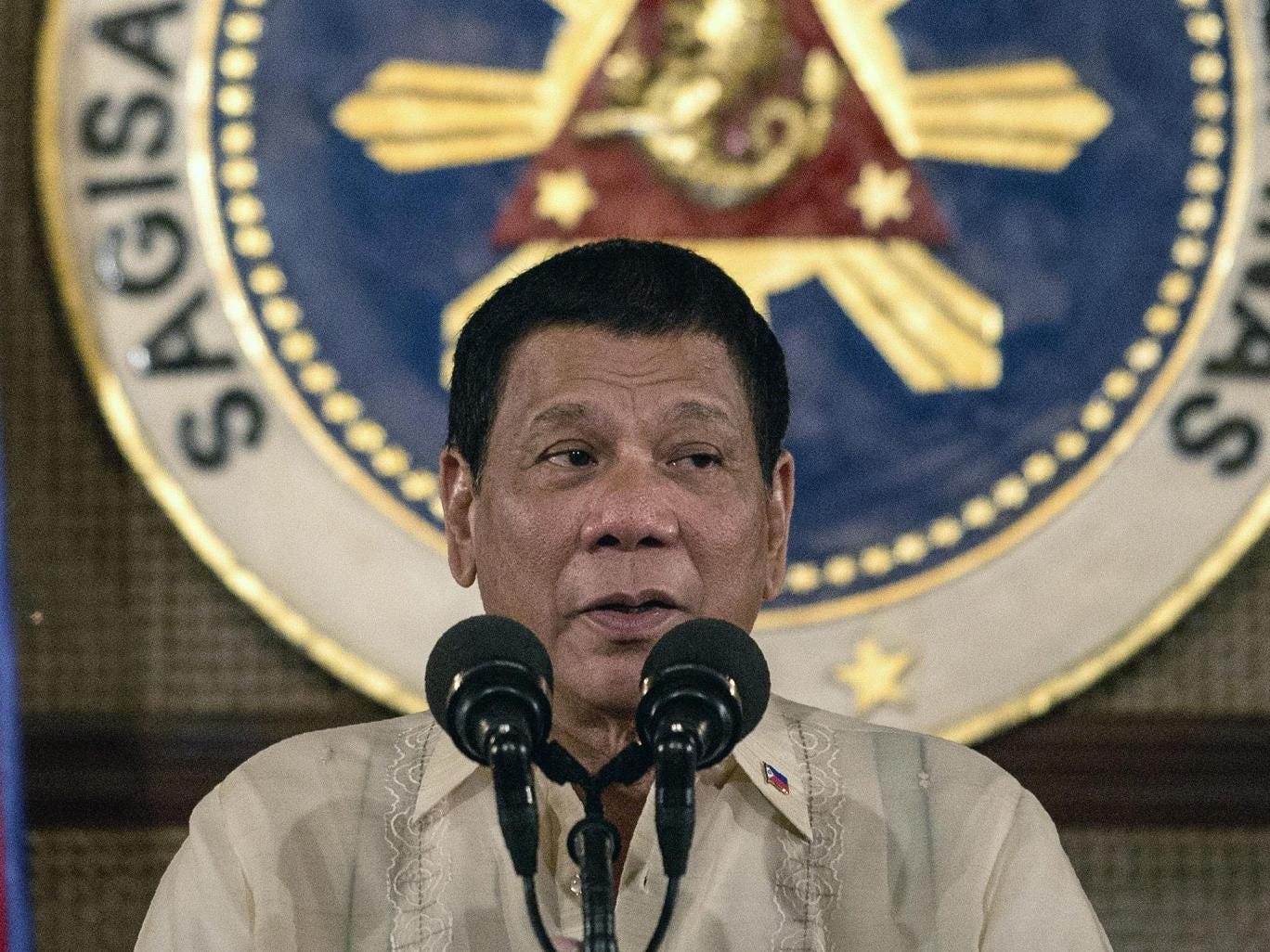 Filipino President Rodrigo Duterte has suggested he may turn to Russia to provide his country with weapons, after the US government reportedly blocked the sale of assault rifles to police in the Philippines.

Thelle US state department recently halted the sale of 26,000 rifles due to concerns over Mr Duterte’s violent war on drugs in which thousands have been kid without trial, according to Reuters.

“They are blackmailing me, saying that they won’t sell weapons? We have lots of explosives here already,” Mr Duterte told CNN Philippines.

“I remember what the Russian diplomat said: Come to Russia, we have anything you need here.”

In October, Russia’s ambassador to the Philippines said Moscow was ready to discuss a partnership with the Philippines, after Mr Duterte announced his country was “separating” from the United States.

“Formulate your wish list,” Igor Khovaev told Mr Duterte according to GMA news agency. “Think of what kind of assistance you expect from Russia and we will be ready to sit down with you and discuss what can and should be done.”

Speaking during a state visit to Beijing last month, Mr Duterte said: “I announce my separation from the United States. Both in military, not maybe social, but economics also. America has lost.”

During his China visit, Mr Duterte announced he believed “America has lost” and said he would “go to Russia to talk to Putin and tell him that there are three of us against the world – China, Philippines and Russia”.