Psychological warfare on NATO and the West: Disguise your invasion preparations as a situation where you’re the victim of an invasion, yet victorious and having NATO and the West lay down arms. The source of this article, Russia Today, plays a part in downplaying, diverting and obfuscating who the real victims of a Russian attack are. It could also be, and the Russians are masters at it, that they are attempting to provoke an attack so they are able to claim they are victims. 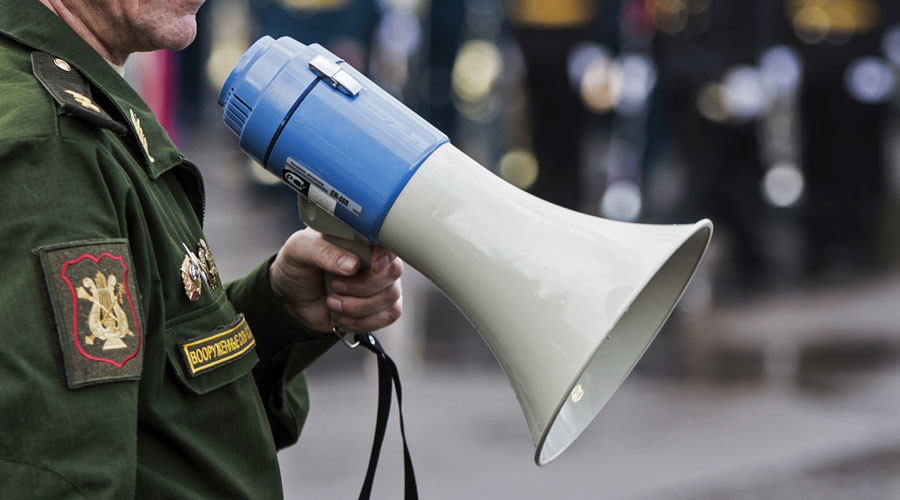 Russian troops were allegedly on the hunt for NATO soldiers during a mission in the northwest of the country. However, there is no need to panic. The alliance is not invading, as it was merely a mock exercise to simulate a hypothetical incursion into Russia.

The opposing force was not specified, but messages played over loudspeakers as the drills took place left little room for the imagination.

“NATO soldiers! You are being lied to! You are not peacekeepers! Lay down your arms,” a female voice warned the soldiers in a recording played on loudspeakers, according to RIA Novosti’s reporter on the scene.

“Your treacherous attack is disturbing a peaceful country. You will suffer retribution and the anger of a people who have never suffered defeat in any war. Drop your weapons and stop being pawns for your leaders,” the Russian message added. It was then played in several other languages.