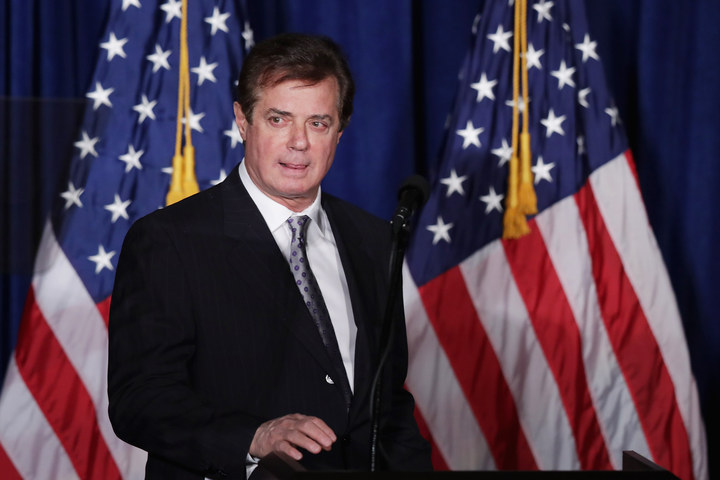 With Donald Trump on the brink of receiving classified security briefings from the Central Intelligence Agency, U.S. foreign policy figures of both parties are raising concerns about a close Trump aide’s ties to allies of Russian President Vladimir Putin.

Trump’s top adviser, Paul Manafort, has spent much of his recent career working for pro-Russian forces in Ukraine, and doing complex deals for an oligarch with close ties to Putin. And while a Democratic senator has already charged Trump is not responsible enough to receive secret information, Manafort’s deep relationships with top pro-Russian figures raise special concerns.

Manafort may be best known for managing the 2010 campaign of Viktor Yanukovych, the Ukrainian politician whose ouster as president prompted a Russian invasion of the country. He has, according to court documents, managed tens of millions of dollars for Oleg Deripaska, an oligarch denied entry to the U.S. reportedly for ties to organized crime, but so close to Vladimir Putin that top Russian officials fought (unsuccessfully) to get him a visa.

“If Trump is to be given access to sensitive intelligence, which can’t help but implicitly involve even more sensitive information about ‘sources and methods,’ then it’s imperative that any campaign staff who have had commercial ties with foreign governments and politicians not be given access as well until they have gone through a full, thorough background check — not the typical perfunctory review,” he said.

“Given his dubious foreign connections, it’s fair to assume that many in the intelligence and national security community would be extremely wary of him handling or receiving material at even the lowest level of classification,” said Adam Blickstein, a former aide to former Obama defense secretary Robert Gates.

“Ties to Russia and the Kremlin would without question be a matter of concern. He’d have to explain in far more detail what the contact has been. That will have to be fleshed out in far more detail,” said Moss. “It would be difficult — but not impossible — to imagine security clearing him.”

“Given Trump’s erratic behavior, and his willingness to go public with any story regardless of how dubious, and Hillary’s own sloppiness with emails and personal server, I’d rather the administration simply not provide the briefings to either candidate,” he said. “Plus, Hillary really doesn’t need them; she can always rely on Sidney Blumenthal for ‘intelligence,’ it appears.”