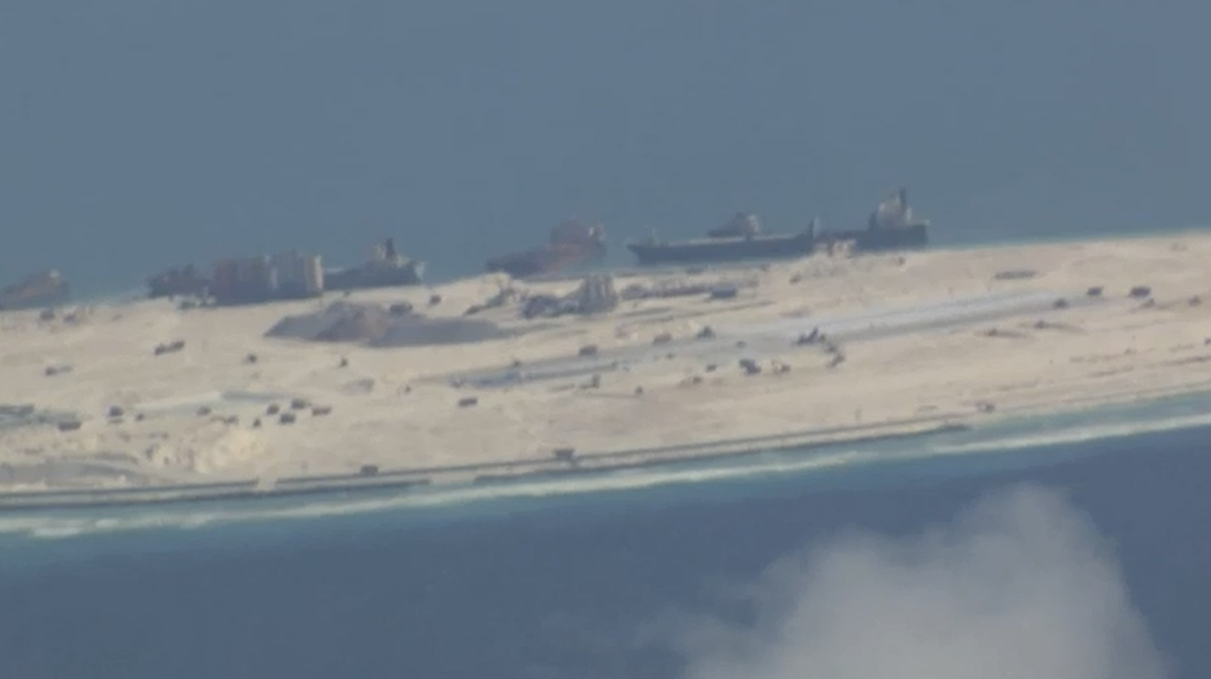 Journalist Rupert Wingfield-Hayes recently took flight in a civilian-piloted plane to gauge what sort of reaction his presence might invite upon flying over the Spratly Islands—a field of reefs, atolls and small land masses located off the coast of the Philippines in the South China Sea of the Pacific Ocean, through what is widely recognized as international airspace.

Despite a global understanding that this route is to be considered free of any jurisdiction, China is apparently turning some of the reefs into full islands—capable of supporting structures and airfields—and furthermore defending this new construction, deeming the new developments Chinese territory.

Once his plane got within twelve nautical miles of the island, the craft’s radio abruptly crackled with a message from the Chinese Navy, in English:

“Foreign military aircraft in north west of Meiji reef (the Chinese name for the land mass), this is [sic] Chinese Navy…You are threatening the security of our station…In order to avoid miscalculations please stay away [sic] this area and leave immediately.”

At the same time, the BBC cameras captured several Chinese ships within the Mischief Reef lagoon, as well as a cement production plant and a runway on the island. Wingfield-Hayes suggested, “A Chinese fighter jet taking off from here could be over the Philippine coast in as little as eight or nine minutes.”

Soon following the Chinese threat, the radio picked up a new message:

“China Navy, China Navy,” the voice said. “We are an Australian aircraft exercising international freedom of navigation rights, in international airspace in accordance with the international civil aviation convention, and the United Nations Convention on the Law of the Sea – over.”

It was an Australian military plane, and it repeated its message several times, without response from the Chinese. The presence of the Australian craft was unexpected, reported Wingfield-Hayes, as while the U.S. is well-known to be conducting transit testing through the area, Australia had not officially started doing the same.