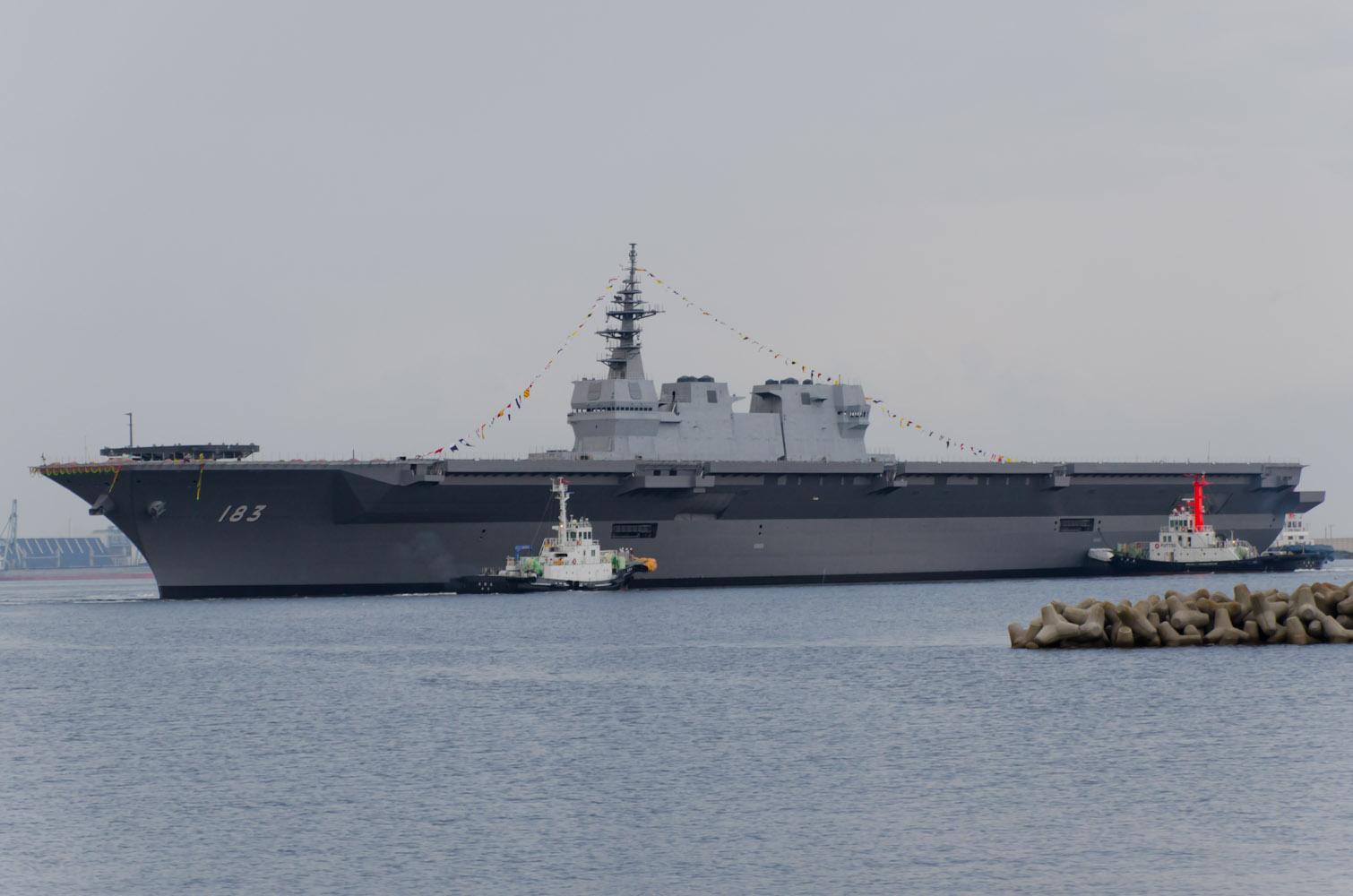 The Maritime Self Defense Force in Japan made a little bit of history Wednesday by taking delivery of the largest Japanese warship since World War II.

At 813 feet long, the Izumo is the size of approximately eight football fields and has a crew of 470 sailors.